The asymptotic study of non-parametric models in statistical inverse problems involves complex and interesting stochastic processes. The resulting theory enables researchers from application fields such as econometrics and biomedical research to use models that work under less restrictive assumptions than classical parametric models, assumptions that are often difficult to justify in practice.

New stochastic processes also emerge in the study of interacting particle systems, combinatorial theory, models in mathematical physics, and mathematical biology. These are growing areas of research in probability theory, also in the Netherlands.

The interaction between the complex stochastic processes arising in non-parametric statistics and those arising in other areas of probability theory has led to fruitful and interesting connections which are starting to yield a rich collection of methods and further open problems.

This workshop brings together international experts in different areas of statistics and probability theory, whose work is in the area of stochastic processes. The workshop aims to stimulate new research and to offer (young) Dutch researchers in this field an opportunity to discuss ideas and be inspired by internationally renowned researchers. We hope that this workshop will lead to new collaborations, ideas, and results.

During the workshop several poster sessions will be programmed. We therefore invite young researchers to bring a poster along.

The first poster session will be held Monday afternoon. 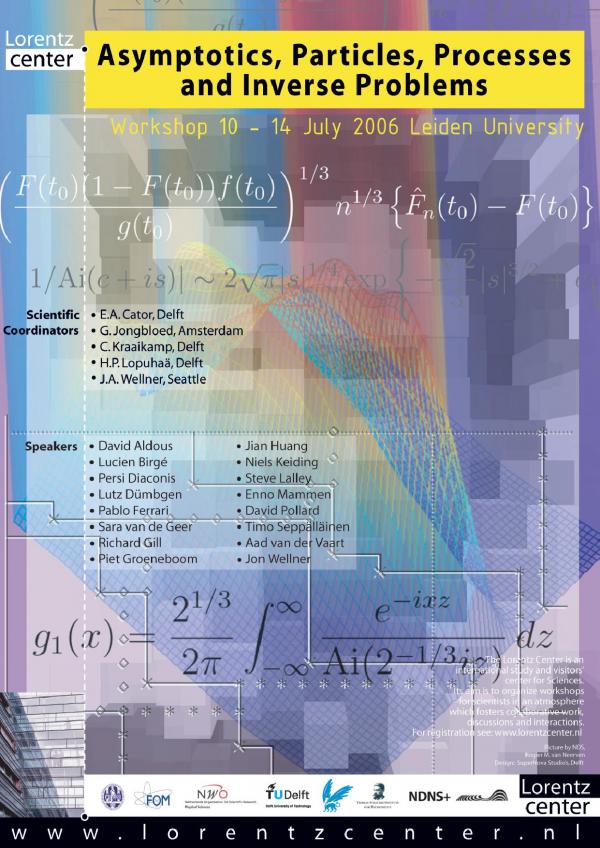