The aim of this workshop is to bring together experts in (evolutionary) game theory (incl. adaptive dynamics and optimal control) and  (evolutionary) biology in order to discuss and learn about connections between these fields, unresolved problems, and novel techniques that could resolve such problems, and in general crucial challenges for future research at their intersection.

At the end of the workshop, we should have identified a number of research lines that will be worked on by the workshop participants in the future, and hopefully have solved some problems as well.  The workshop should therefore act as basis for new collaborations and research at the intersection of game theory and biology. In addition we aim at producing a book based on this workshop.

Description of the workshop

First, the main game theoretical topics (evolutionary game theory, adaptive dynamics and optimal control) and the three main biological topics (cancer as an evolutionary disease, cooperation and competition of metabolic pathways, evolution in infectious diseases) will be introduced. This will be done via plenary talks dealing with each of the six topic, introducing the basics and major open questions. These talks will be followed by moderated group discussions. Subsequently, participants will choose groups in which to discuss more specific topics at the intersection of game theory and biology during the remainder of the workshop.  In the second half of the workshop, there will be “shake-up” talks, which will look at each of the six main topics from a different perspective, highlighting different approaches, followed by plenary discussions. The results of the group discussions and the main challenges identified will be communicated to all the participants. On the last day we will define the main targets and results achieved during the workshop and summarise the next steps to be taken by the participants. The workshop will end with a plenary talk on the connection between strategic behaviour in nature and game theory.

All participants will be asked to bring posters documenting their work, which should be aimed at stimulating discussions and brainstorming. These posters will be present in the common spaces throughout the entire event. 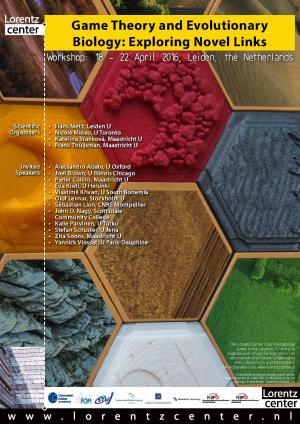 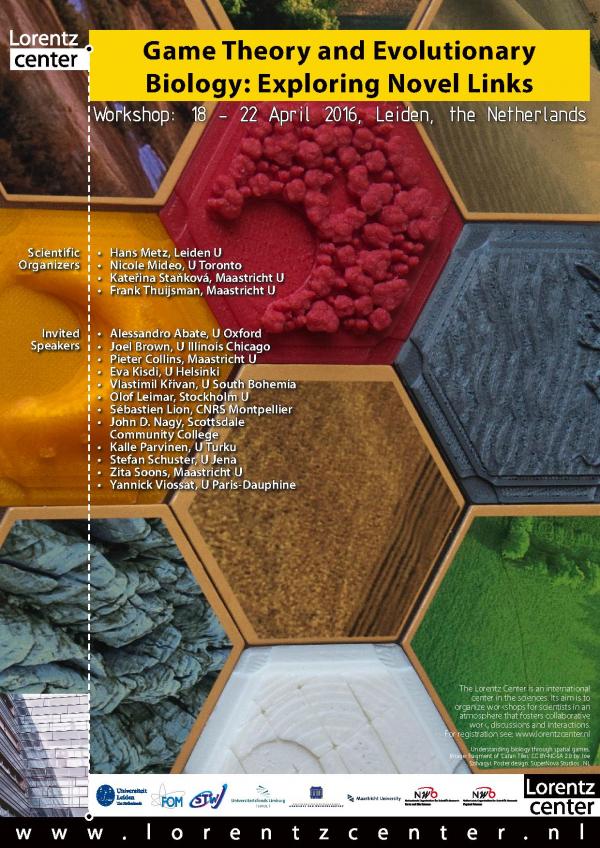