In one of its more daring turns, history of computing is addressing the historical study of software. No longer is hardware the sole focus of historians. Software has become the focus of the most innovative approaches in recent history of computing. The project Software for Europe: constructing Europe (SOFT-EU) is among the major efforts in this new direction.

SOFT-EU is a project sponsored by the European Science Foundation as part of the EUROCORES program Inventing Europe: Technology and the making of Europe, 1850 to the present (www.esf.org/activities/eurocores/running-programmes/inventing-europe.html). SOFT-EU brings together 11 research teams from all over Europe and the United States that gathered together for the first time in a preparatory workshop at the Lorentz Center in August 2006.

In September 2010 SOFT-EU returns to Leiden in order to harvest its work, present the results, and explore new ideas for future research. The workshop “History of Software, European styles” brings together the original teams of SOFT-EU, new partners joined during the project, peers from the international community historians of computing, and computer scientists with the aim of discussing both the outcome of SOFT-EU and new research initiatives.

SOFT-EU invites the history of computing and computing science communities to comment on our findings. During its journey, the project has addressed major issues in the history of software, such as historical distinctions between coding, programming, and software; economic aspects of software; or differences between American and European traditions in software development.

During the workshop we seek to bring the research results of the project to a synthesis. The structure of the workshop mirrors the four sections of the book-in-preparation. Each section will be discussed during one day and followed by keynote lectures by computing historians and computing scientists. Finally, we leave a day for a public event at the Museum Boerhaave (Netherlands National Museum of the History of Science and Medicine) to celebrate the 50th anniversary of the computer programming language ALGOL. 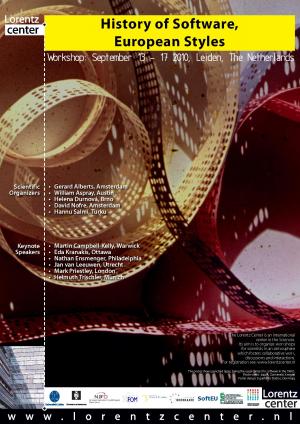 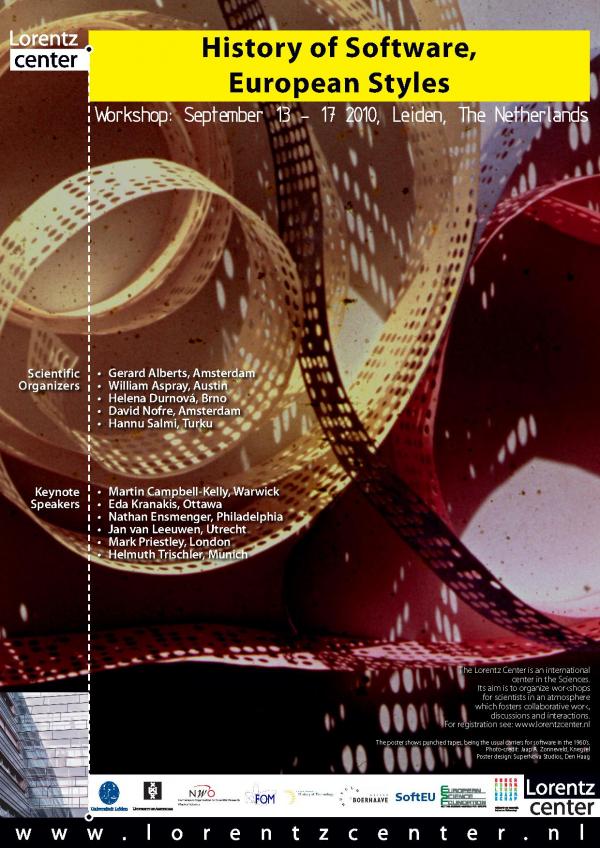