At first sight, it may seem a strange combination, these two kinds of plasma: cytoplasm in a living cell and the plasma in a gas discharge. Gas plasmas are cocktails of active species and fields: free radicals like OH; reactive molecules like NO, O3; photons from the IR to the UV, electrical fields, etc. All these things can have a big impact on living cells and tissues, and the plasma delivers them to the cell membrane.

Explorative research has demonstrated that gas plasmas can kill bacteria, while leaving human cells intact, even stimulating the latter to proliferate faster. It has also been shown that cancer cells are much less resistant to plasma exposure than healthy cells. Very recently, electrical fields (no plasma present) have been demonstrated to possess the potential to stimulate human cell proliferation. Finally, gram-positive and gram-negative bacteria display differences in the resistance to plasma treatment, and plasmas are also able to tackle spores. The main difference between these two bacterial families is the structure of the cell membrane. Also, the membranes around human cells and around their internal organelles are very different from those around bacteria.

This suggests that the cell membrane is the key element: the boundary between the gas plasma and the cytoplasm in the cell.

The findings reported above have led to the emergence and subsequent explosion of a new scientific discipline: Plasma Medicine. This discipline explores the perspectives of the application of plasmas for various medical treatments: skin disinfection, (burn) wound healing, fighting of chronic ulcers, cancer treatment, tooth bleaching, and so on. The clinical results are very encouraging: plasmas indeed seem to offer perspectives for lesions and diseases where other treatments fail.

However, up to now, most research in Plasma Medicine has concentrated on limited medical and biological aspects: studies of cell cultures on the one hand, and (semi-)clinical studies on the other hand. Many aspects of the process have remained largely unstudied:

·         The role of cavitation: is cavitation induced by the plasma, and which role does it play in the whole picture?

·         The biophysics of the plasma/cell membrane interface: what are the mechanisms by which the plasma produced species and fields "enter" the cells?

·         The modification of the surroundings and the interior of the cell: which species are created and/or eliminated by which plasma "deliverable", and how are the liquids modified?

The answers to these questions will yield a much better understanding of the physics of the plasma-plasma interaction.

Goal of the workshop

The overall objective of this workshop is to set the research agenda for the near future (5-10 years) in the direction of  the understanding of the interaction, through the cell membrane, between the plasma of a gas discharge and the cytoplasm in living cells. The focus will not be on advancing medical application, but on fundamental understanding of the processes that make it work. 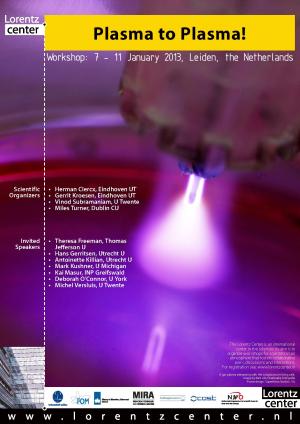 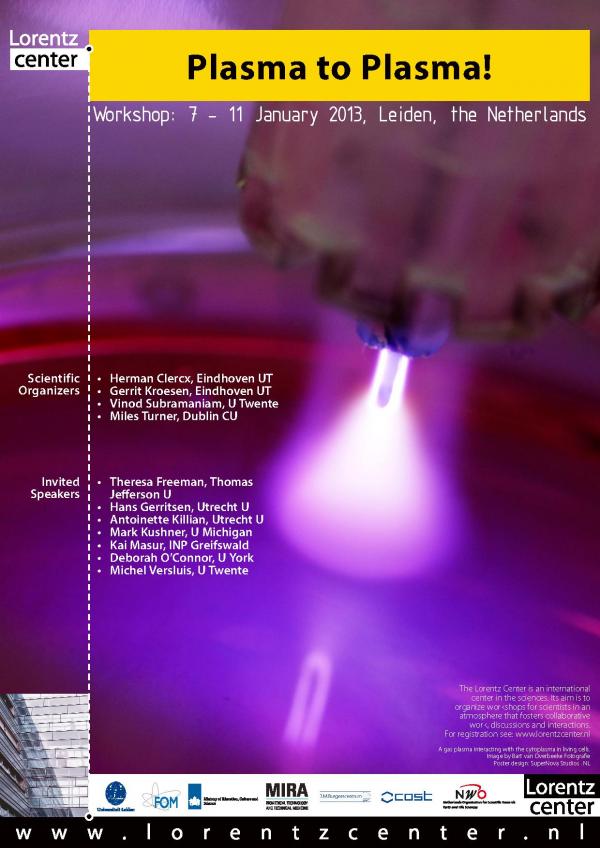