Current anticancer therapies are limited by toxicity to normal tissue and the occurrence of therapy-resistant tumour cells. Over the past few years, several cellular and viral proteins such as apoptin, E4orf4, HAMLET, MDA7, NS1 and TRAIL have been discovered that can induce tumour cells to commit suicide (apoptosis), but which leave healthy cells unaffected. These tumour-specific apoptosis inducing proteins appear to sense tumour-related molecular changes in cancer.

1.      Which pathways in the tumour cell leading to apoptosis are switched on by these proteins and by which mechanisms?

2.      Are there alternative means of switching on these (apparently dormant) apoptosis pathways in tumour cells?

3.      Are there common mechanisms that the anti-tumour proteins share?

4.      How do these proteins function in normal cells?

These and other related questions are at the forefront of scientific research and answering them requires a wide range of expertise: virologists, cancer specialists, cell biologists, biochemists, structural biologists, bio-informaticians, biophysicists.

So far, there has not been any substantial opportunity to bring together such diverse experts whose major interest includes the proteins that kill tumour cells and the underlying mechanisms of tumour formation.

The present workshop will for the first time explore these proteins and the common and specific pathways by which they function. A better understanding of proteins that kill tumour cells, their mode of action and their exploitation as therapeutic agents will provide a substantial contribution to both fundamental and applied cancer research. 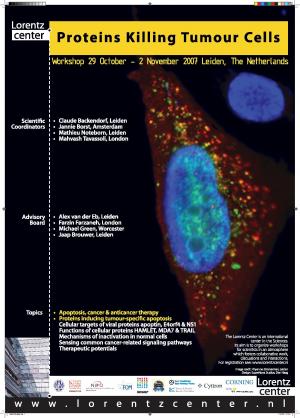 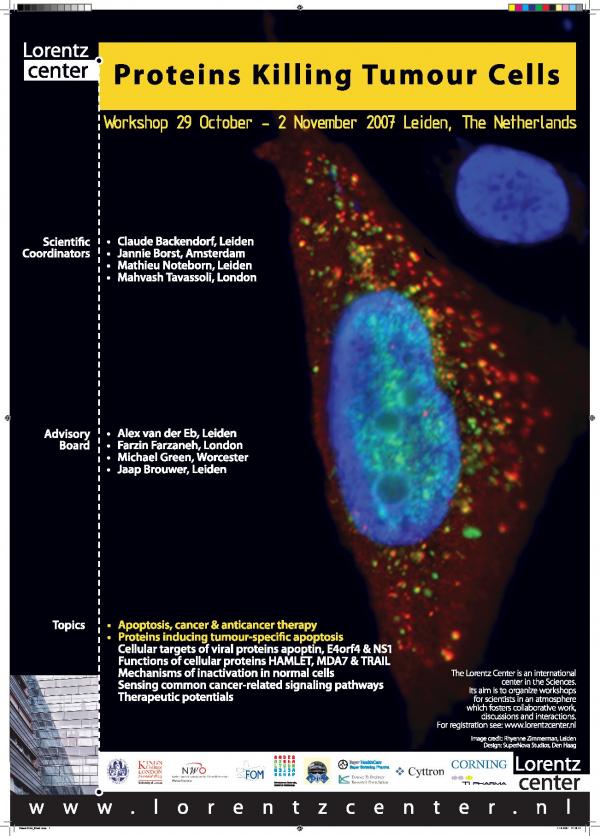