The topic of QSO Host Galaxies has seen a rapid development. HST imaging studies, SDSS investigations, and radio studies at cm- and mm-wavelengths have yielded substantial advances in our knowledge and understanding of the stellar and interstellar properties as well as the environments of the host galaxies of these high-power AGN. The importance of AGN in cosmology and galaxy formation has been emphasized by the discovery of black hole - bulge correlations, while the possibility of an intimate AGN-starburst connection is becoming increasingly likely. Theorists are eagerly awaiting more data constraining the cosmological evolving QSO and QSO host populations.

Recent observational and theoretical progress on these issues will be discussed during a 5-day workshop, to be held Monday August 22 through Friday August 26, 2005, at the Lorentz Center, in Leiden, The Netherlands. The number of participants would be about 40.

Such a workshop would represent the logical next step in a continuing series of conferences devoted to the topic of QSO Hosts, after the August 1996 ESO/IAC Conference (Tenerife) and the January 2001 Andalucia (Granada) Workshop.

The Proceedings of the workshop will be published by Elsevier, in its New Astronomy Reviews series.

The workshop will conclude on Saturday August 27, with a group excursion to The Hague, free of charge for all participants. Several tourist spots will be visited; a (free) dinner in The Hague will mark the formal conclusion of the workshop. The organizers hope that all participants will take part in this social event. 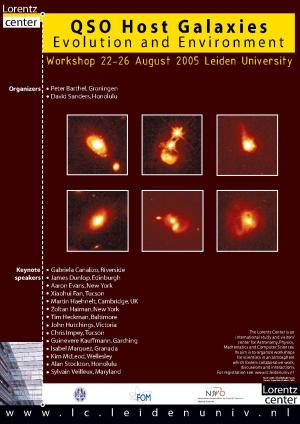 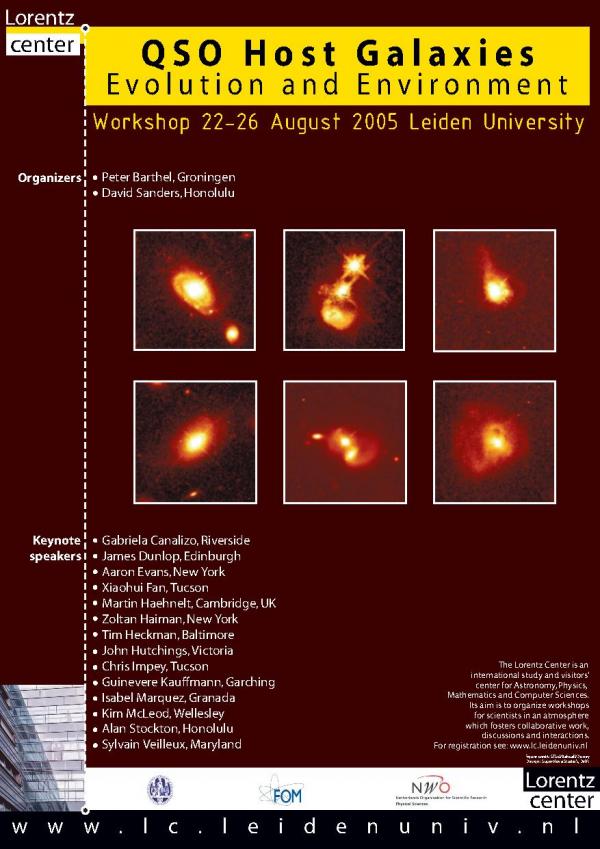