“Trans-disciplinarity” regarding Qumran at the Dead Sea in Israel, where an estimated 950 scrolls have been found, reaches far beyond the use of various analytical techniques in a specific domain of physics and/or chemistry, since it also includes other fields of social, philosophical, text critical, historical, optical and conservational character that can shed light on the issue of who were the people that left us the legacy of 2000 year old manuscripts that can be called the backbone of Western Civilization.

The purported people that have been involved are the “Essenes” and the question is whether the Dead Sea scrolls found in their vicinity are their cultural heritage and whether the Qumran site as well as its cemetery of 1200 individuals, mostly males, accentuate this, as we have tried to demonstrate with an ample amount of arguments during the past decade. The present 5-days workshop will supply new analytical evidence and the time and ambience to discuss its impact.

The Lorentz workshop research consists of a Think-Tank of participating scholars as well as students in a cross-disciplinary approach to solve pending questions regarding the archaeology at Qumran that, in turn, is pertinent to the understanding of biblical and extra-biblical writings of the Dead Sea scrolls for Jewish and Christian faiths by juxtaposing previously published scientific data in two volumes of Qumran (*) and various new results in such a way that the story of Qumran becomes evermore apprehensive. Participating scholars from seven countries: The Netherlands, Belgium, Germany, France (?), Hungary, Denmark & Israel will deal with neutron activation, Thermoluminescence and C14 dating, Synchrotron FT-IR and micro X-Rays, Biblical Exegesis, Archaeology, History and Conservation. Moreover, an interactive cooperation will take place between scientists and students in the framework of CAAS (Center for Art and Archaeological Sciences). Meanwhile also the art and handicraft department of Leiden University will be enrolled to set up a virtual Qumran exhibit of pots, textiles, parchment, photography, ink and writing. (*)Khirbet Qumran et Ain Feshkha II, Novum Testamentum et Orbis Antiquus, Series Archaeologica 3 (Academic Press Fribourg, Vandenhoeck & Ruprecht Göttingen, 2003) (Humbert and Gunneweg eds.)ISBN 3-525-53973-8 Bio- and Material Cultures at Qumran (Gunneweg, Greenblatt and Adriaens, eds.) (Fraunhofer IRB Verlag, 2006). ISBN-10: 3-8167-7136-X & ISBN-13: 978-3-8167-7136-4 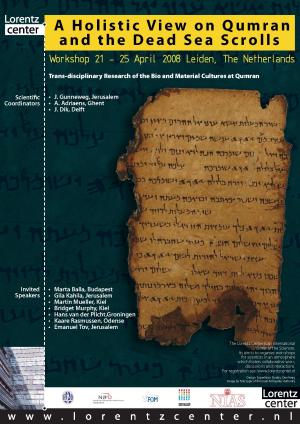 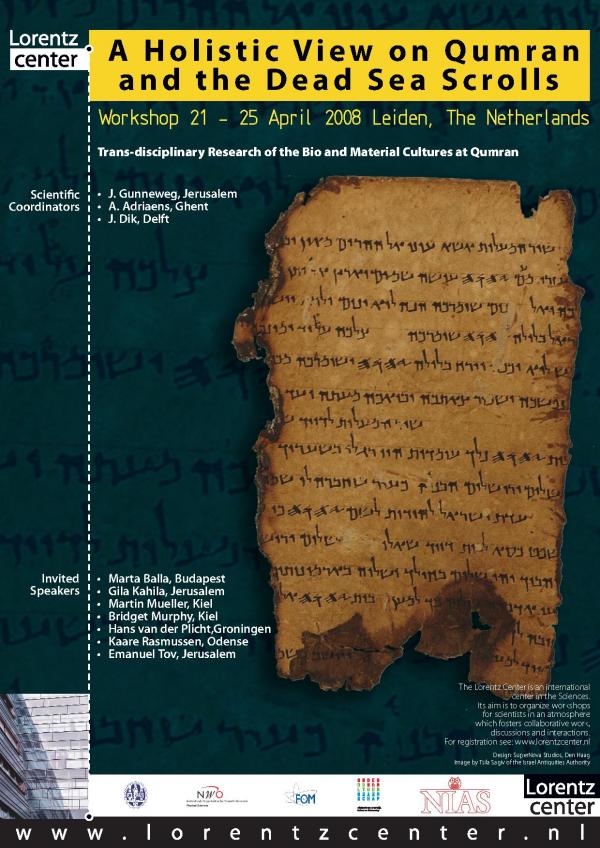