The Sun is surrounded by the hot but tenuous corona, the outermost layer of the solar atmosphere. Normally, the corona is invisible to the naked eye, because the emission from the Sun is dominated by the light from the much denser, but cooler photosphere (the solar "surface"). However, in the extreme ultraviolet (EUV) and X-ray wavelengths, the solar corona is observed as a highly structured plasma dominated by the emergent magnetic ﬁeld.

Almost all cool stars show a significant flux in the short wavelength bands, indicating the presence of a hot corona. It has been shown that stellar coronae are at least as complex as the solar corona, and in some cases even more exotic because of their increased physical complexity.

Of particular importance to this meeting are the solar flare oscillations (also quasi-periodic pulsations, QPPs), that have been observed for several decades. The observed periods of the order of seconds to minutes are attributed to magnetohydrodynamic (MHD) oscillations.

In stellar coronae, many oscillations have been observed as well. Solar flares show oscillations in 90% of the cases. This high percentage makes the chance of detection of stellar flaring oscillations very high. The aim of this workshop is to create common ground between the solar and stellar communities, and to create a platform or working group from which the new topic of stellar flare seismology can be launched. 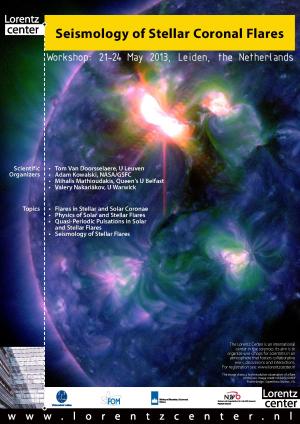 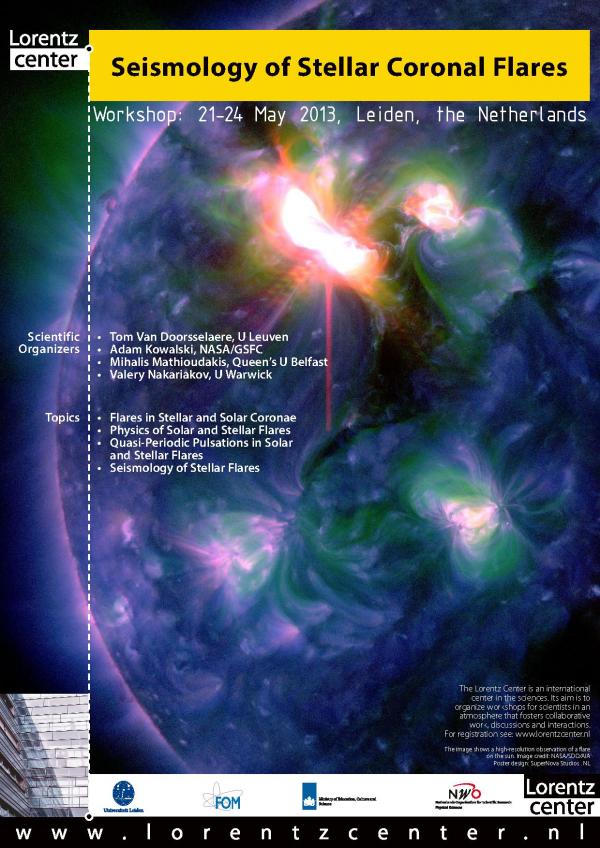