Synchrony and Rhythmic Interaction: From Neurons to Ecology

‘Synchrony and rhythm interaction’ concerns collective phenomena organized in time and/or space that arise in many biological systems.  Such phenomena occur at the level of organs, of individual organisms engaging behaviorally with neighbors, and of entire populations.  The events may be remarkable displays of precise synchrony, but other temporal formats are known. Synchrony and interactive rhythmic phenomena have been studied by neuroscientists, physiologists, cognitive scientists - including musicologists and linguists - animal behaviorists, evolutionary biologists, and population ecologists.  However, precisely timed synchrony and rhythmic interaction occur much more widely in nature, attracting the attention of scholars in physics, earth sciences, and astronomy, with applied mathematicians modeling the various events.  Our workshop will bring scholars from these several disciplines together for the first time to exchange insights from their own methods, approaches, and models.  Overall, we ask how and why rhythms within and between biological organisms interact in time?  What are the salient temporal and spatial features of collective productions of multiple, interacting rhythms?  Are the elaborate features of collective, rhythmic productions adaptive per se, or do they merely emerge as byproducts of simpler processes?  Do common principles account for the emergence of collective rhythmic productions in diverse biological processes and organisms and more generally among natural phenomena? 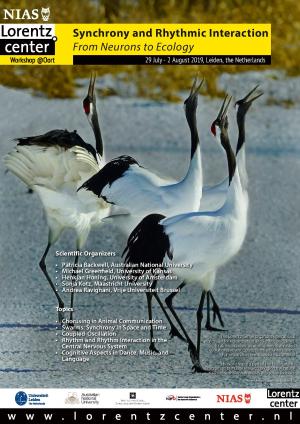 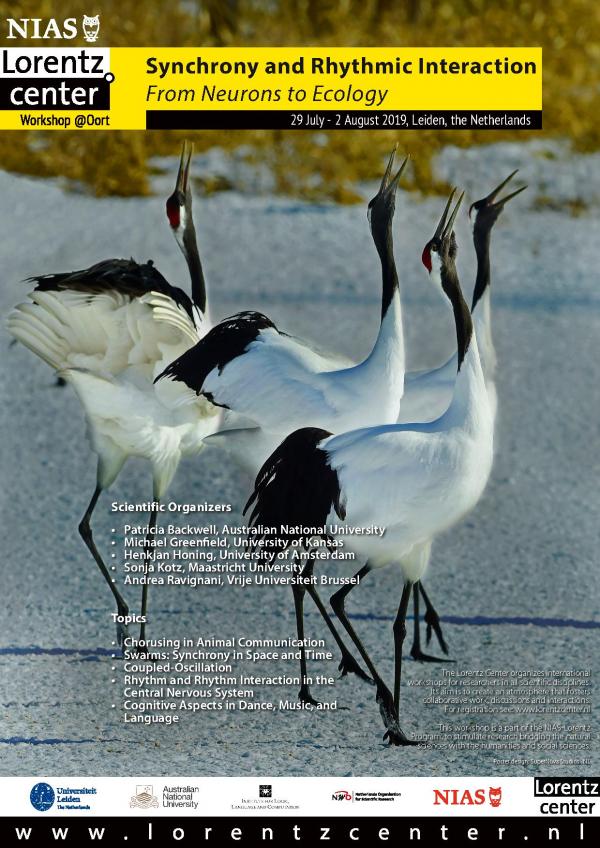