The Physics of Quenching Massive Galaxies at High Redshift

Massive quiescent galaxies at high redshift have been observed for the first time more than a decade ago, with the advent of sensitive near-infrared cameras. Their existence implies that they must have formed their stars efficiently during the first few billion years since the Big Bang, and subsequent star formation is shut down (quenched) quickly thereafter. The physical mechanisms involved in this evolutionary scenario remain one of the most debated subjects in galaxy evolution.

In this workshop, we aim to tackle this major unresolved puzzle: what are the physical processes that quench the star formation in massive galaxies in early cosmic epochs at z~2? Many plausible quenching pathways have been proposed, such as radio-mode and quasar-mode AGN feedback blowing out the gas and keeping the gas too hot for further star formation; or that galaxies have depleted their gas reservoirs in a starburst, and are prevented from further gas accretion via a variety of mechanisms. While these ideas have been in circulation for more than a decade, so far the dominant mechanism responsible for quenching has not yet been identified and presented with clear evidence.

To make progress towards a consensus, this workshop will bring together observers and theorists spanning a wide variety of expertise to discuss the latest findings relevant for the subject. The main goal of the workshop is to define the most pressing and important questions, to both observers and theorists, which can test the hypotheses of the various quenching mechanisms. 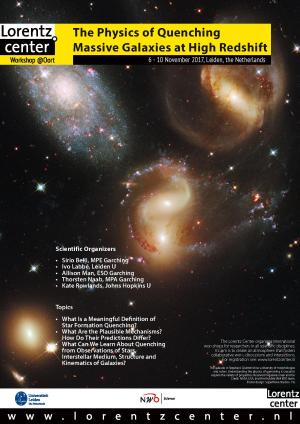 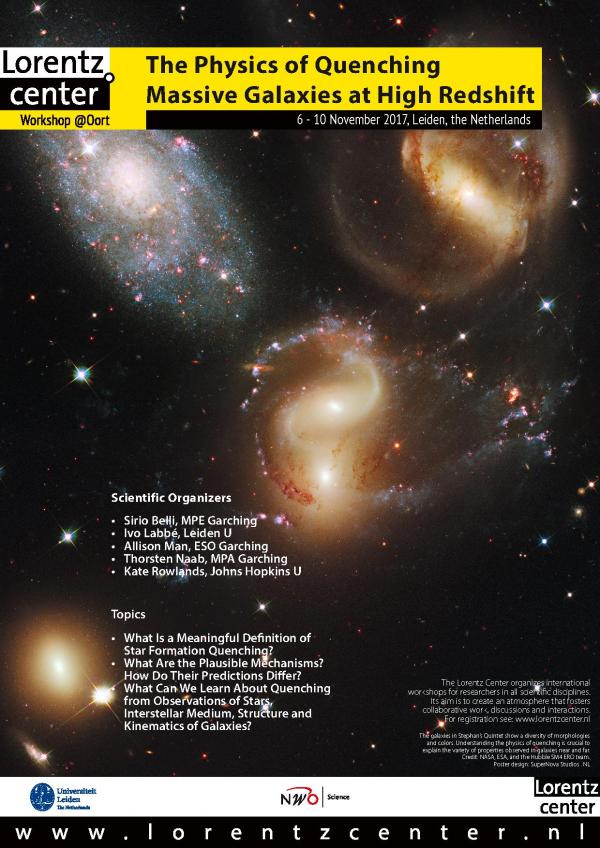