The phenomenon of superconductivity has captured and held the imagination of the scientific community and even the general public, since its discovery in 1911. Following Kamerlingh Onnes landmark discovery in Leiden one hundred years ago, numerous materials have been found which exhibit a phase transition to the zero resistance state. The discovery itself rode upon the technical tour de force of the first ever liquefaction of helium, and experiments involving superconductivity have often involved pushing back the envelope of the possible, a characteristic that we see right up until today.  Also on the theory side, superconductivity has been a magnet for the very best minds: the original discovery offered a great challenge to theorists and it took till 1957 for Bardeen, Cooper and Schreiffer to formulate their highly successful theory. Conventional or BCS superconductors have led to a number of important applications, like superconducting magnets for laboratory use (spanning from small-scale lab experiments to the LHC's bending magnets), and importantly, for MRI systems. The dates of the workshop are specifically chosen to coincide exactly with the 100th birthday event. On the 8th of April 1911 Kamerlingh Onnes measured the resistance of metallic Mercury and wrote in his notebook: “Mercury as good as zero”.

In the past three decades several classes of novel superconductors have been discovered. Notably the discovery of unprecedented high Tsc's has led to an enormous research effort worldwide into the fundamentals of superconductivity, into new superconducting materials and their possible applications. Common features of the new superconducting families are strong electronic interactions, competing ground states and order parameters with reduced symmetries. One of the drivers of the field is that these new superconductors do not obey the standard BCS scenario. Many new models have been proposed, but the main superconducting properties are still poorly understood and new concepts are needed.

The proposed workshop will bring together a select group of world leading experts in the field of superconductivity - both established figures and young up-and-coming scientists. Among the issues that will be treated are new emerging nematic or smectic phases, spin-fluctuation mediated superconductivity, broken symmetries and unconventional order parameters. These issues are chosen to cross the boundaries of the materials systems that often define the scientific conferences in this area (cuprates, pnictides, organic and heavy-fermion superconductors), thus promoting discussion and added-value aspect of the workshop.

On the last day of the workshop it is exactly 100 years ago that superconductivity was discovered! This day is devoted to the centennial celebration. 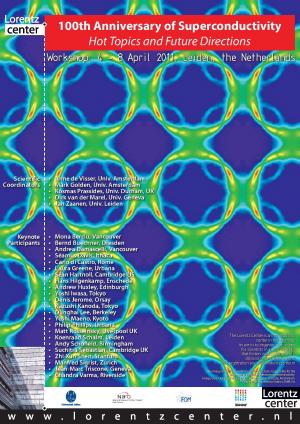 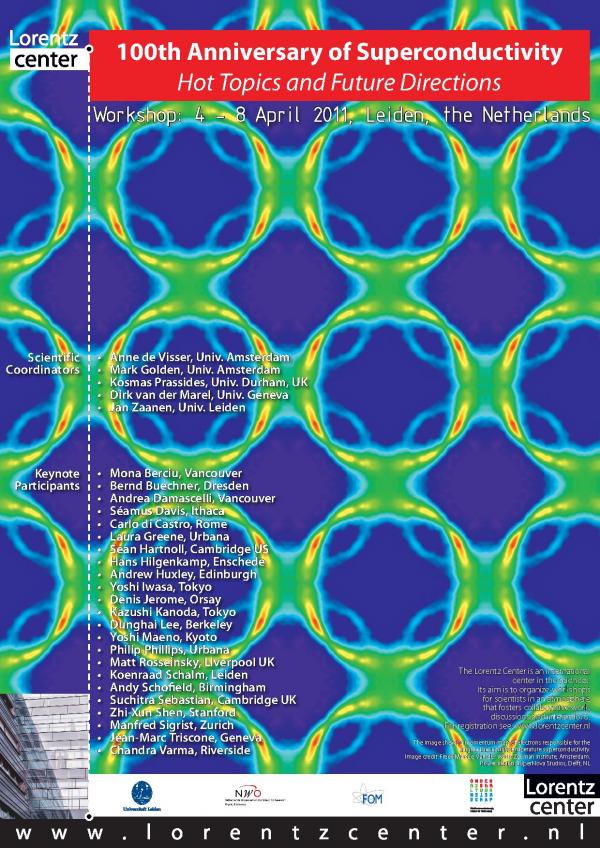