Blow-up phenomena are ubiquitous in mathematical models in the sciences. Virtually every model including nonlinear terms exhibits solutions which may form singularities, such as ``real'' blow-up in chemical reactions, turbulence in fluid flows, defects in liquid crystals, tip growth in cells, flows in porous media, fronts in thin viscous flows, combustion, chemotaxis, inverse mean curvature and other geometric flows. The interest in these phenomena, motivated by a wide variety of applications, provides scientists from different backgrounds and using different methodologies with an inspiring common research focus in which the main language is that of nonlinear partial differential equations (PDE's). This will be the 4th edition of a series of Euro-Japanese workshops on blow-up phenomena. Initiated by a collaboration between European and Japanese scientists working in the field of semilinear parabolic equations, an area motivated in part by the early attempts to understand singularity formation in the solutions of the Navier- Stokes equations and the onset of turbulence in fluid flows, these workshops reach out to application areas in which the occurrence or non-occurence of blow-up is a fundamental issue. Once blow-up is established, the main questions are when, where and how does it occur, as well as what happens after blow-up. More precisely, in order to understand the singularity formation, it is natural to investigate the blow-up time, blow-up set, blow-up profile in time and space and whether or not the solution can be continued beyond the blow-up time. The aim of this workshop is to bring together leading researchers in various fields related to blow-up as well as junior scientists. 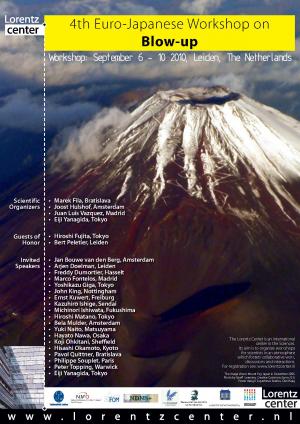 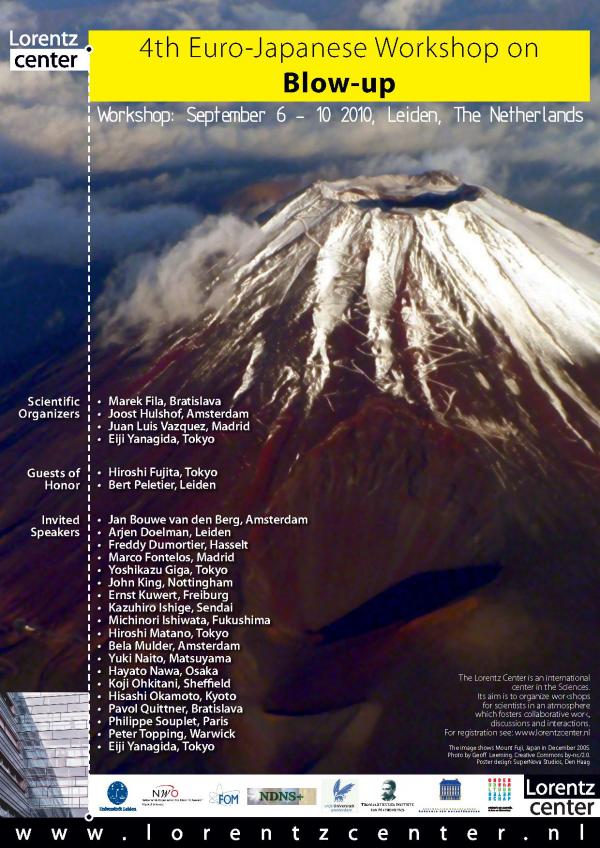