The rapidly growing field of active liquid matter is emerging from studies that have been performed from very different perspectives and communities such as statistical physics and hydrodynamics. This has led to independent paths followed by each community to investigate the evolution from single “particle” activity or motility to “collective” behavior, from clustering phenomena and phase separation to collective motion. The recent upsurge of studies has resulted in many competing theories, incompatible as often as not, to account for experimental or numerical results. It is thus high time for the community to confront all the fruitful approaches which have been developed. The aim of the meeting is both to give a global description that would bridge the gap between these various fields and to identify the good questions, the Active Matter community should focus on in the future.

The workshop will be organized around the four following topics, which will be reviewed in duets and discussed in depth.

To maximize the outcome of the workshop the whole afternoons will be devoted to discussions and organized as follows.  The participants will be invited to present short talks (~10mn), not on results but on questions they would like to discuss during the meeting. This short talks session aims at initiating focused group discussions.

The participants are thus required to submit Questracts, a new format of abstract, in which they should (i) introduce the context of their question; (ii) formulate their question, (iii) argue why they believe it is important and relevant to the field. The quality of the Questracts will play a major role in the selection of the participants. 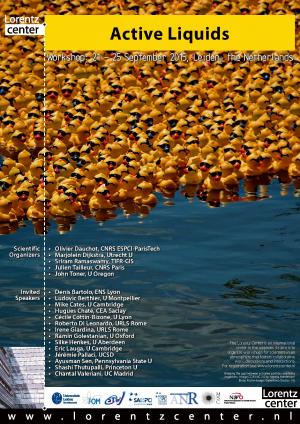 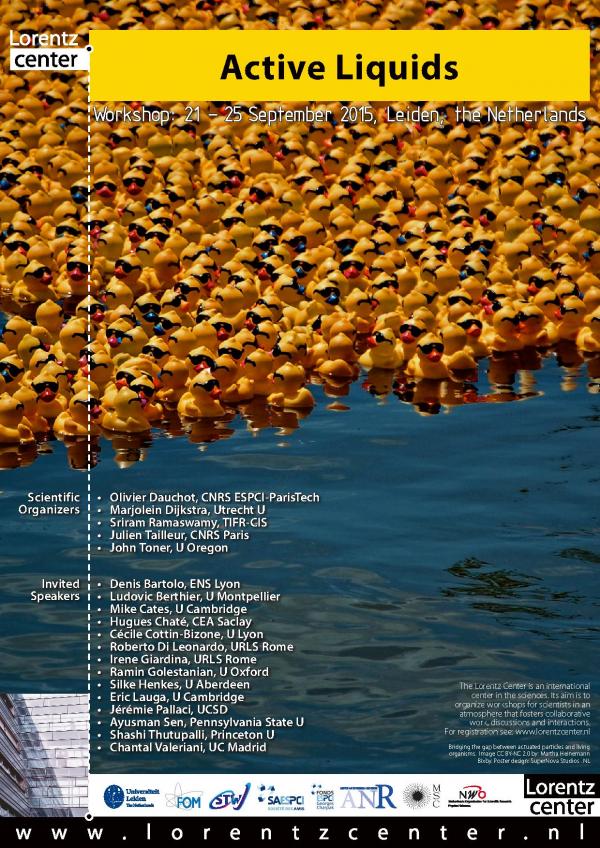