Significant progress in science has often been achieved when theoretical developments inspired new experiments or when startling empirical findings inspired the development of new theories, i.e. when the body of theory and empirical knowledge was jointly developed. However, despite some pioneering efforts, the interaction between theoreticians and empiricists has been much less intense in the study of animal migration. Yet, the many descriptions of animal migrations should be accompanied by the development of a theoretical framework in order to achieve real insight and, in the end, predictive power. Such framework is of particular importance as we are increasingly facing the challenge of predicting the consequences of human-induced global changes for the biota on our planet. For migratory animals, such changes pose a particular challenge as they visit multiple, distant sites during their annual cycle – often even in different ecosystems. In other words, we need to better understand how migratory animals react to changes of their widely distributed habitats, or to alterations in the conditions of the multiple sites that they use throughout their annual cycle.

Traditionally, migration routes of animals (and in particular, birds) have been investigated using ring recoveries and resightings. More recently, the advent of increased communication possibilities and technological efforts have led to significant progress in development of satellite transmitters, geolocators, etc., such that also the movement of individuals of smaller and/or clandestine species could be followed in great detail.

Initial models of migration used simple analytical tools to derive predictions, e.g. on the speed of migration and fat load of departing birds. The introduction of dynamic optimization has offered solution to another array of questions such, e.g. where to go and when, what the effects of environmental stochasticity and other individuals in the population are, etc. An extension of the dynamic optimization, known as optimal annual routines, made it possible to investigate the timing of migratory decisions within the frame of annual cycles. More recent developments also include individual-based models and genetic algorithms.

Thus, despite the significant progress in theoretical and empirical studies of migration, these efforts have rarely been combined, which, however, is of paramount importance if we want to develop a general understanding of the phenomenon ‘migration’.

Therefore, we aim at making a major step forward by integrating field and experimental ecology with theory. Towards that end, we aim to bring together experts in both fields in order to stimulate the integration of empirical phenological data on animal migration into theoretical models in order to 1) advance our fundamental understanding of migration and migratory phenomena such that we 2) increase our capability of management and conservation of migratory systems. At the same time this “bringing of theoretical models to the test” will also 3) identify gaps in our current knowledge, and 4) generate insight into the benefits and drawbacks of the various theoretical techniques. 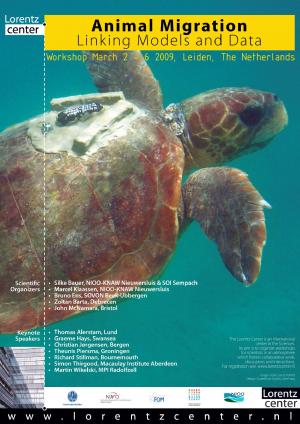 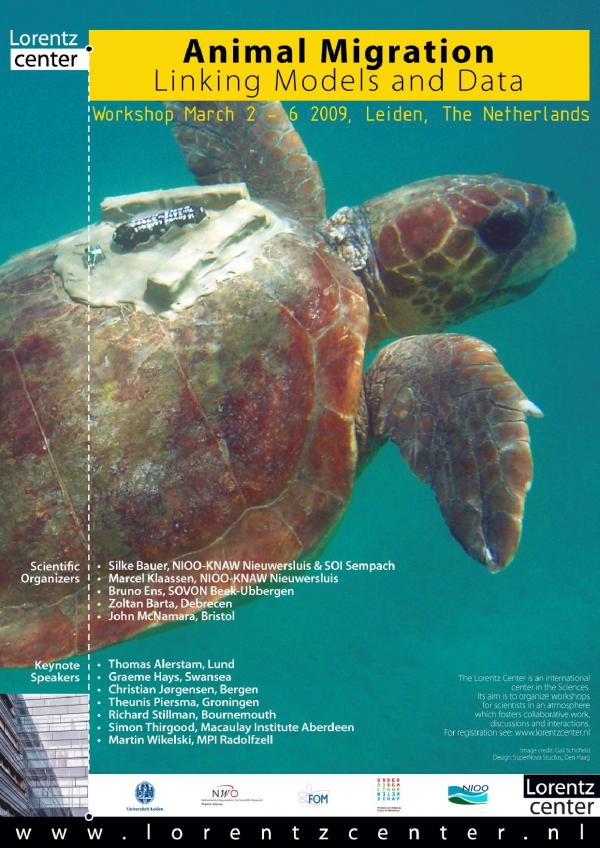