Astrospheres: From the Sun to Red Super Giants

This Lorentz Center workshop is centred on astrospheres, such as the Sun's heliosphere. We are currently at a tipping point in research on astrospheres in general and their associated bow waves and bow shocks in particular. Only recently, several infra-red space mission have shed new lights on the presence and properties of astrospheres, the stellar-wind interaction with the local medium. Mid-infra-red surveys, like Spitzer and WISE revealed in detail many bow shocks and shells around young massive stars, which were often only vaguely detected with previous infrared space missions. In the far-infrared Herschel revealed and resolved bow wave and shock structures and detached shells around a large fraction of nearby evolved stars. Furthermore, new observations from the IBEX spacecraft suggest there is no bow shock associated to the heliosphere (the astrosphere of the Sun), only a hydrogen wall. Astrospheres have also been detected around nearby solar-type stars via Lyα absorption lines obtained with Hubble. These new observational results have also rejuvenated numerical and theoretical work on astrospheres, bow shocks and bow waves.

The most important challenge here is to put together a coherent picture of the physics of bow shocks and bow waves across these varying circumstances. Specific problems include the effect of magnetic fields (stellar and interstellar), the connection between gas and dust (relative drifts, radiation pressure, etc.), excitation conditions (radiative versus non-radiative shocks), etc. Also the occurrence and detectability of astrospheres and the associated bow shocks are not well understood. These challenges will be addressed from both the observational and the theoretical / computational point-of-view.

With this workshop we aspire to put together researchers from different astrophysical disciplines and communities, with different approaches and techniques, but with an interest in common physical phenomena, albeit arising at different scales with varying properties.

The program will consist of sessions that tackle various progenitor stars (solar-type, cool stars, hot stars, ``exotic'' compact objects such as X-ray binaries and pulsars) as well as observational versus simulation approaches. We have scheduled ample time for formal and informal discussion sessions. Tutorial-like sessions are envisioned to give interested participants hands-on experience with e.g. hydro-dynamical simulations, particle-in-cell techniques, and the integrated astronomical software system AMUSE. 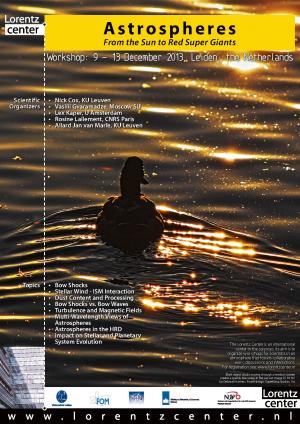 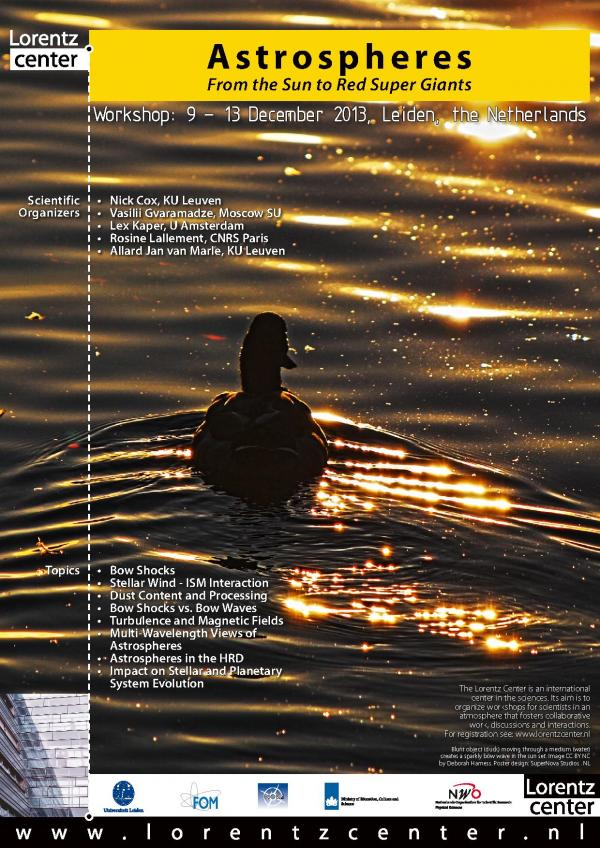