As a paradigm in statistics the 'Bayesian choice' goes back to Thomas Bayes in the 18th century, but is often contrasted with `classical' statistics as developed in the 20th century. In the last decades its popularity has risen, partly due to increasing computational power and the invention of new algorithms, but also due to the needs of modelling high-dimensional data sets. Differences between Bayesian and non-Bayesian statistics are also blurring, and intermediate forms as ``empirical Bayesian methods'' are gaining importance.

'Nonparametrics' refers to the use of functions as parameters, rather than Euclidean vectors. Bayesian nonparametrics was long thought to be problematic, because inference requires a prior probability distribution on the parameter set, which in nonparametric situations is a subset of an infinite-dimensional space. Not only was it difficult to come up with computationally tractable proposals for such priors, also by their nature prior probability measures support on small (sigma-compact) sets and hence were thought to add too much `prior information' (prior to any observed data) to lead to useful statistical inference.

Mathematical and practical insights of the last decade have shown that these difficulties can be overcome, and Bayesian nonparametrics has grown into a lively subbranch of statistics. Developing new computational methods and theoretical (mathematical) investigation of properties of Bayesian methods go hand in hand with application of nonparametric Bayesian methodology in many areas of science.

This workshop is planned in the week following the 9th BNP meeting in Amsterdam, and will focus on the full range of Bayesian statistics: from computational methods to analytical and theoretical analysis of priors and posterior distributions. In particular:

A.      Nonparametric Bayes models for constrained shapes and surfaces.

B.      Bayesian nonparametrics and machine learning.

I.        Extensions of Beta Processes and Dirichlet Processes.

J.       Applications in biostatistics and beyond. 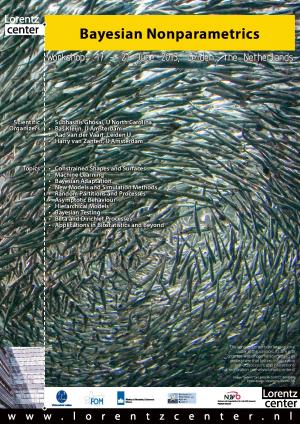 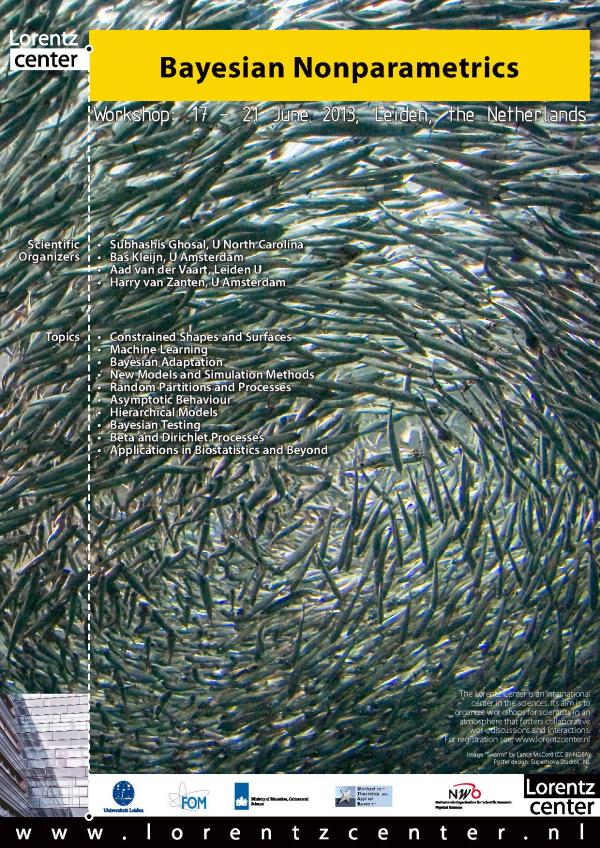