The most prominent example of a beams shift is the mirage: light emerging from an object is displaced and blurred by large-scale air-density fluctuations. In a more subtle fashion, such effects occur for any beam which is reflected or refracted at interfaces; for instance a laser beam at a plane mirror: The reflected angle is usually not exactly the incident angle! Most of the time these effects go unnoticed; however, in certain fields they become very important, e.g. in waveguide physics, sensing and metrology.

This Lorentz Workshop aims to explore the analogies in transport phenomena across optics, condensed matter and particle physics. Two prominent examples where such analogies exist are the Goos-Hänchen shift and the spin Hall effect. Both have recently attracted much attention across different areas of physics. The former is a spatial, longitudinal shift of a finite-width optical beam on reflection and has first been observed in total internal reflection. In conditions when quantum effects are significant, a similar effect has been found for wavepackets representing beams of electrons, neutrons, and cold atoms. In this latter case of Schrödinger and Dirac waves, a sharp potential difference replaces the dielectric interface causing optical reflection. The exact nature of the shift depends on internal degrees of freedom, such as the spin of particles. Similarly, in optics the shift changes from longitudinal to transverse for light with spin angular momentum, that is circular polarization.

This Lorentz workshop brings together researchers across different areas of physics in an aim to discuss and establish analogies between spatial shifts of light beams and quantum mechanical matter. The workshop consists of specialist talks as well as tutorials to establish a common understanding of beam shifts and transport phenomena. In moderated and informal discussion sessions we aim to gain an increased understanding and appreciation of the common ground between these exciting phenomena and we hope to predict and explain new physical effects in the optical and quantum regimes. In particular we will try to address the following questions:

What are the basic common elements in wavepacket reflection and transmission phenomena?

How can beam shifts be controlled for optical and matter waves? How do beam shifts depend on different degrees of freedom, e.g. spin and orbital angular momentum? 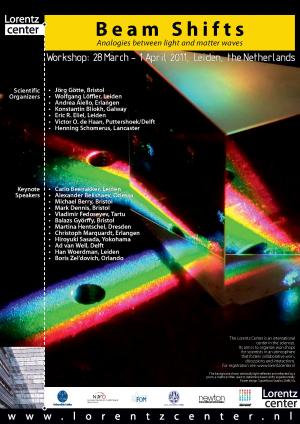 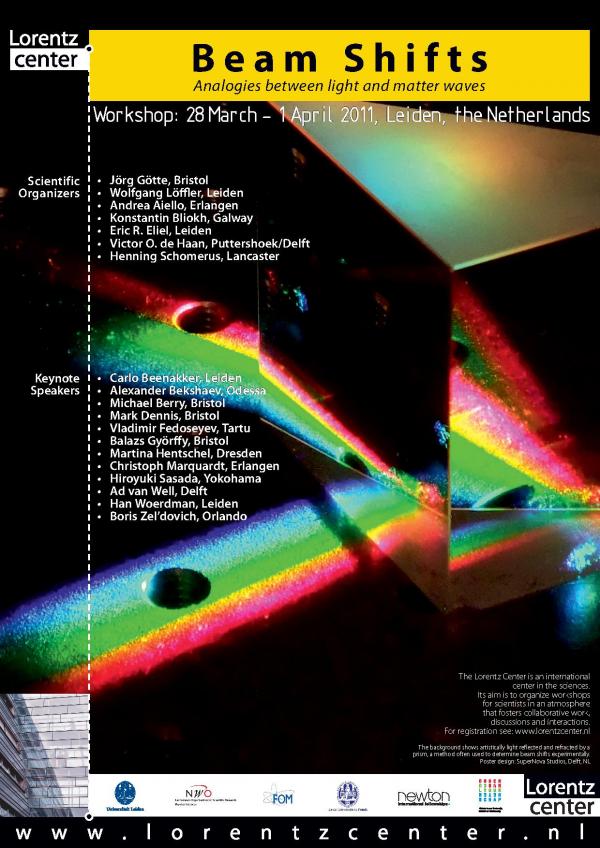