A centenary after Einstein's annus mirabilis it is timely to reconsider the foundations of physical theories. Quantum mechanics, our best theory, works wherever it has been applied, in fields ranging from the solid state and quantum chemistry to high energy physics and the early Universe. Its most modern application is Quantum String Theory.

Despite all the success, there remains the old question: what is this theory actually standing for? On the foundational level, it has come hardly much further than the Feynman's quote "nobody understands quantum mechanics". Up to this date, quantum effects such as uncertainty, interference and entanglement have become experimental facts, but their explanation remains puzzling. It was Einstein's dream that one day quantum theory would appear to arise from physics at a deeper level, more precisely, as the statistics of such a world.

Indeed, none of the present theories is capable to describe, even in principle, individual measurements or individual events. Though it was long agreed that "such questions should not be posed'' their relevance is getting more and more acknowledged. In its July number Science mentions as one of the Top 25 questions that face scientific inquiry over the next quarter-century:

Do Deeper Principles Underlie Quantum Uncertainty and Nonlocality?, together with the probably related questions What Is the Universe Made Of? and Can the Laws of Physics Be Unified?

In the last years, there have appeared a number of diverse results, that support the possibility of an underlying more deterministic structure: Various arguments in favor of the statistical interpretation of quantum mechanics, deriving rather than postulating the von Neumann collapse and the Born rule, loopholes in non-locality arguments, quantum gravity approaches, demonstration of the compatibility of quantum theory and contextual Kolmogorov probability theory, Bohmian mechanics, Stochastic Electrodynamics, Collapse models, the Empiricist interpretation of quantum mechanics, occurrence of entanglement in classical physics. Stochastic optics has proposed a local and realistic explanation of entanglement for experiments with photons. Intriguing ideas have been published comparing over-extremal Kerr-Newman solutions in electrogravity with charged, spinning elementary particles, which invites to consider topological features of these solutions.

Some of these questions may lead to tests in quantum optics, where entangled Bell-pairs are routinely made.

A workshop that puts together and compares these many different approaches is very timely. Progress can be hoped for by combining the insights from the communities of the quantum gravity and statistical/empirical interpretations of quantum mechanics with the communities from Stochastic Electrodynamics, Stochastic Optics, Stochastic Collapse and Bohm, to focus on questions such as: Problems and paradoxes in ordinary quantum mechanics and quantum field theory, including quantum state reduction in relativistic quantum theory; Is there experimental evidence to go beyond the ordinary quantum theory? What we have learned from quantum gravity and string theory for these problems? These questions will be confronted to experimental, mathematical and philosophical insights. 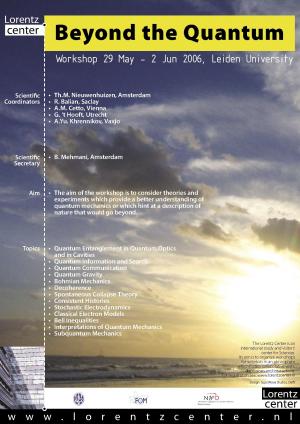 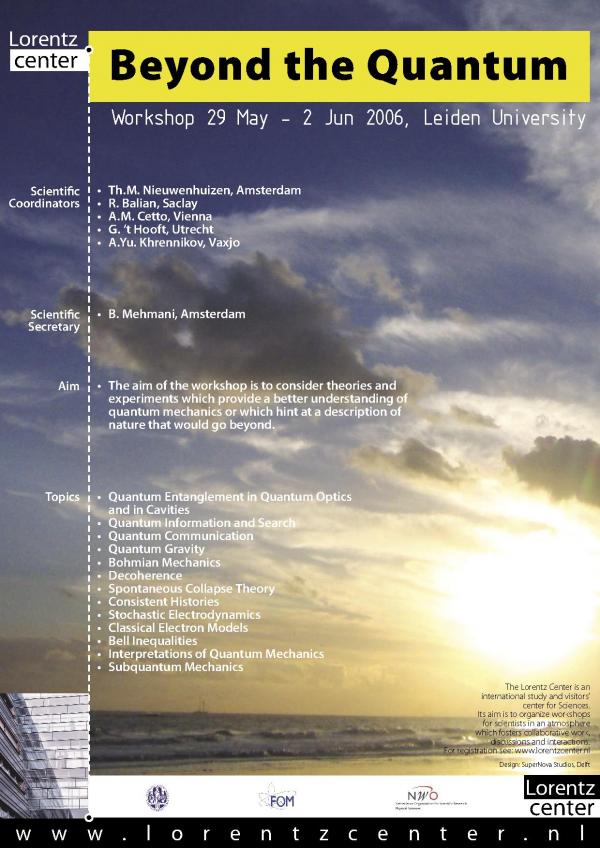