Summary of Scientific Topic What are the requirements for text data bases to allow for the systematic study of ancient texts, especially Hebrew, Aramaic or Greek biblical texts, that confront the research with a century long history of production, transmission and translation? Since these are texts from before the art of printing they represent a continuous flow of linguistic change, textual corrections, various interpretations and translations. How to design relevant data structures?

The main topic of the colloquium is neither to digitize and archive (Hebrew, Syriac or Greek) manuscripts and texts, nor to analyze them on the level of lexicon and grammar in order to produce data bases for searching. All that is going on or has been accomplished and is made available for biblical research, e.g. in the data bases of Hebrew, Syriac and Greeks texts being made in Amsterdam (VU: started in 1977)) and the University of Leiden.

Our research in ancient languages for the construction of syntactically analysed text data bases of  Hebrew, Syriac or Greeks texts, from the very start has been based on the fact that computer linguistics indeed is a crucial first step in textual analysis, since it gives a structured access to the languages used. However, linguistic knowledge in Humanities research is constantly being confronted with the complex historical processes (partly due to processes of: linguistic change, partly to a mix of interpretation, transmission and translations), that shaped the individual compositions of classical Hebrew, Syriac or Greek texts. How to analyze the domains beyond computer linguistics?

So the question to be discussed by biblical scholars and ICT specialists is: how to deal with a historically grown and changed set of literary and linguistic data? How can we analyse, store and retrieve linguistic data at the level of syntax and discourse, especially when we know that texts have been reworked and updated during the long period of their transmission?

The research question is: can one go beyond databases that just add learned annotations to linguistic knowledge? Some examples. When using the existing data base for research of ‘verbal valence patterns’ one will find patterns and functions not being present in classical lexica.

The organizing team, a collaboration by specialists in Greek texts, Hebrew texts and in data bases designed for research in the Humanities, will prepare this colloquium by debates and experiments on (1) linguistic system versus unique literary artefacts and (2) the challenges of historical change: texts, variants and ancient translations. So our aim is to start the colloquium with a presentation of some models to be discussed based on input from the various disciplines involved. After presentations of type (1) and (2) a computer specialist will react, ask questions and make proposals (3). 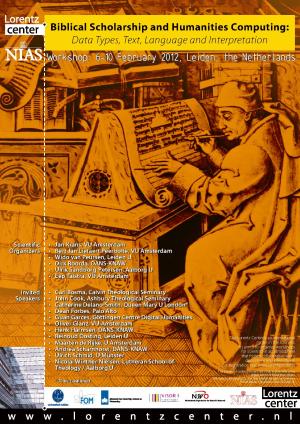 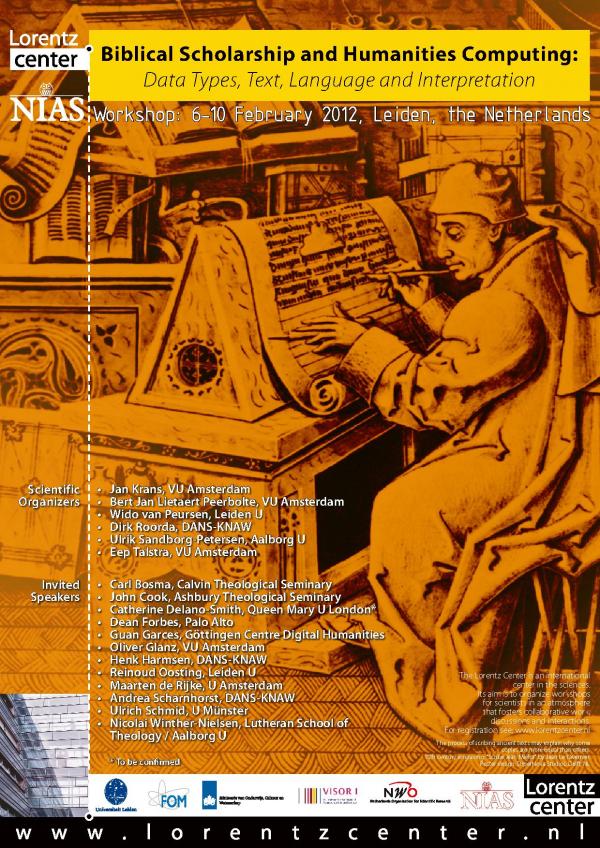