The goal of this workshop is to bring together experts from the fields ranging from (applied) dynamical systems, (stochastic) differential equations as well as numerical analysis who work in the areas of pattern formation and evolutionary PDEs. Recent progress in the analysis of coherent structures will be discussed with emphasis on mathematical aspects.

This workshop will be considered a success if it initiates collaborations between the communities, in particular concerning the application of recent concepts and methods from deterministic equations in stochastic equations. Moreover, it will be a success if young researchers get interested in this exciting field and learn about recent developments.

Coherent spatiotemporal patterns are ubiquitous in natural systems, which are often modeled by nonlinear differential equations. These coherent patterns frequently emerge in bifurcations, for example from spatially homogeneous equilibria, or in systems with strong separation of spatiotemporal scales. Many physical systems, however, organize patterns far beyond these analytically tractable limits, and instabilities give rise to various forms of spatiotemporal chaos. For instance, coherent spiral waves organize a turbulent state in models for cardiac dynamics and in oscillatory chemical reactions. In a similar vein, coherent patterns such as the propagation of fronts or motion of defects can also be observed in a robust fashion on spatiotemporally random backgrounds. On the other hand, coherence can also manifest itself in terms of scaling laws of pattern evolution or a macroscopic description of order parameters. In recent years such phenomena have been rigorously studied in certain cases.

Dynamical systems are quite often subject to random impulses which are due either to thermal fluctuations, the stochastic parameterization of small scales or noise in some control parameter of the system. Randomly perturbed dynamical systems lead naturally to stochastic partial differential equations (SPDEs). In recent years the effect of noise on pattern formation and on the stability of coherent structures has been investigated extensively. Surprising results, for example that noise (multiplicative or even additive) can have a stabilizing effect on solution of partial differential equations, have been discovered. Yet, the interaction between noise and coherent structures and its effect on pattern forming systems is still poorly understood and many important questions remain open. 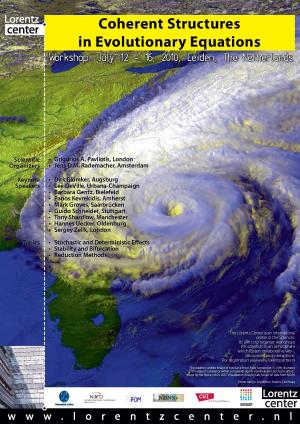 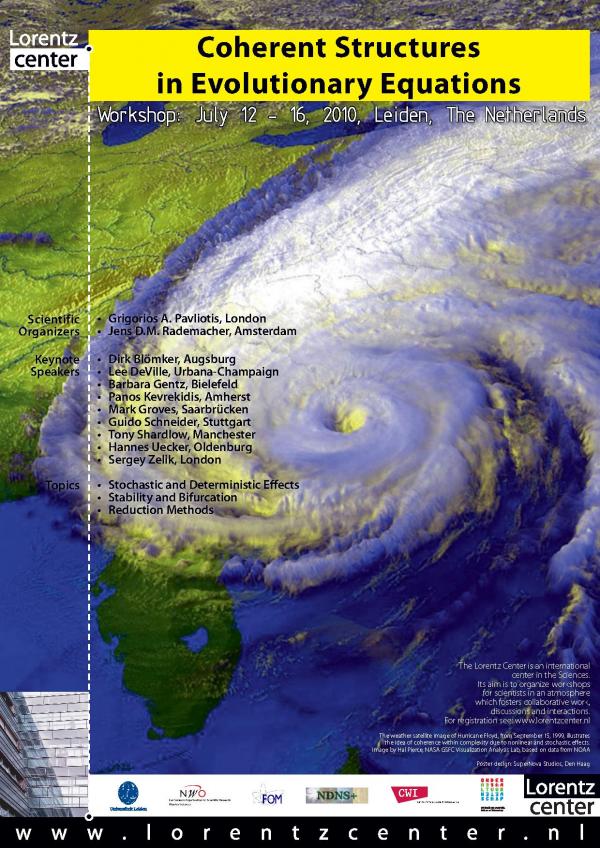