Globular clusters are old, massive and very dense stellar systems, where stellar interactions and collisions are common. Such interactions allow for the active formation of new binary stars, as well as the change of parameters of existing binaries. These processes are effective in forming compact binaries, which consist of an extremely compact object -- a white dwarf, neutron star or black hole, the final states of (massive) stars -- that captures gas from a companion star. In particular the formation of systems with neutron star accretors and low-mass companions is enhanced by a factor of more than 100 (per unit stellar mass) compared to the outside field. Stellar interactions in such an environment are also the only mechanism to form intermediate-mass black holes with masses of thousands of solar masses, an important link between black hole remnants of single stars and the supermassive black holes in the centers of galaxies. Most stars are born in stellar clusters, and the stellar interactions are important for understanding the formation of stars inside dense molecular clouds, and the build up of stellar populations in galaxies. However, to use the clusters for this purpose, it is necessary to be able to model their formation and evolution, and the dynamical interactions between stars are essential for this.

As the compact binaries are formed through very particular evolutionary channels, they are also important for constraining models of stellar evolution, and for our understanding of extreme phenomena such as supernova explosions and gamma-ray bursts. The compact binaries in globular clusters are particularly important, and they are often used for the study of these processes, as they come from relatively simple populations, with known distances, ages and metallicities. However, to make proper use of these advantages, a deeper understanding of the binary formation and evolution in the dense cluster environments is necessary.

The sub-arcsecond spatial resolution of the Chandra X-ray Observatory has allowed a strong observational progress in the field, both through the study of external galaxies and of Galactic globular clusters. At the same time, the advance of computational methods and power has

allowed the construction of realistic models of globular clusters. However, the observations suffer from strong incompleteness effects, and the lack of understanding of the underlying populations restricts the interpretation of the results. The theoretical simulations suffer from the lack of understanding of the physics of stellar interactions as well as many phases of binary stellar evolution, hampering their predictive power. Until now, the predictions of compact binary populations in globular clusters have been limited to the numbers of different types of binaries. However, many more observables are available, such as luminosity functions, the white dwarf mass distribution, spatial distributions and the ratios of different sub-populations.

The aim of this workshop is to bring together active researchers involved in the various observational and theoretical communities and to assess the current state of affairs by confronting simulations with observations. The goal is to identify which observables are most useful for constraining theoretical models, and how to obtain them. 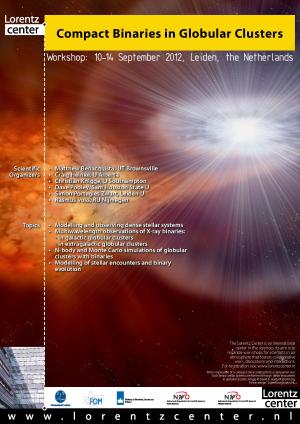 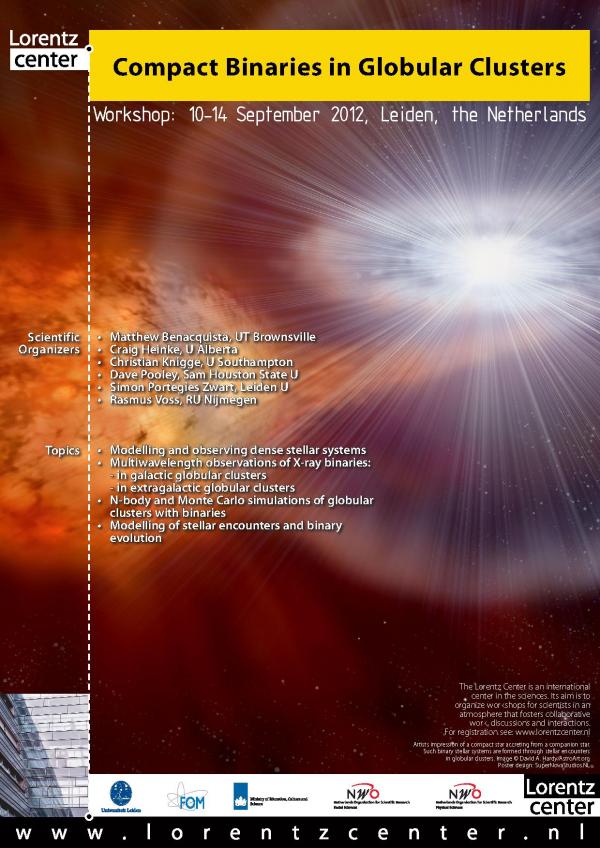