Comparing Apples with Apples: Concordance Between Simulations and Observations of Star Formation

The formation of stars is of fundamental importance in virtually every field of astrophysics, from the birth of planetary systems to the life-cycle of matter within galaxies to the reionisa- tion of the Universe. Most theoretical progress in recent years has come from three–dimensional numerical simulations which have included progressively more and more physical processes, while observational study of star formation has produced, and continues to produce, a wealth of data thanks to space–based facilities such as the Hubble Space Telescope, the Spitzer Space Telescope, Herschel and WISE, and ground–based telescopes including the VLT and ALMA. Investments such as E–ELT (and GAIA) will ensure that the avalanche of new observations continues long into the future.

We believe that there are two vitally important and potentially independent questions which could be answered if objective quantitative comparisons of simulations and observations were possible:

(i) Are the inferences made using observations about the physical conditions in star–forming regions correct? Some of the conclusions drawn from observational data are indirect in one way or another. For example, the three–dimensional structure of molecular clouds is inferred from two–dimensional data (or by using line–of–sight velocities as a proxy for the third dimension), electron densities in regions of ionized gas are commonly inferred using optical line ratios, star-formation rates are computed from infrared or Hα luminosities, and so on. By creating realistic synthetic datasets and subjecting them to the same analysis as real data, it will be possible to see if these observational tools really give a reliable picture of the known conditions inside the simulations, allowing us to directly test these techniques and quantify biases and uncertainties. We will also be able to use the synthetic observations to develop new observational techniques (since we are not limited by telescope time when examining synthetic data).

(ii) To what extent do simulations reproduce what is actually seen on the sky? Once it is feasible to compare like with like, it will be possible to develop techniques to understand how realistic simulations are using a much wider variety of criteria than blunt instruments such as star formation rates and gas column–densities. Observations provide a vast quantity of information on the density, temperature and velocity structure of molecular clouds which at present is being under–utilized by simulators. If directly comparable synthetic observables were available, this information could be used to determine how simulations can be improved, for example by allowing the influence of missing physics to be inferred or revealing that certain processes are not important in the studied regions.

The aim of our workshop:

Both simulations and observations of star–forming regions have produced immensely rich datasets. Many of the comparisons that have been attempted so far between real and simu- lated datasets have two main flaws: (i) what is compared is usually the raw simulation output (e.g. density distribution, see Figure 1 middle & right), which often does not reflect 1:1 what an observer would see if the modeled system was a real object and would be observed with an actual telescope (see Figure 1 left); (ii) the comparisons are usually rather crude, such as looking for correlations between stellar and gas surface densities. Much of the structural information in the data, which encodes information about properties such as gas turbulence, is effectively thrown away or is inferred by, for example, treating PPV data-cubes as though they were PPP cubes. At present, neither the simulations nor the observations are being used to their full potential, since these synthetic observations would allow these assump- tions to be objectively tested and the full richness of the observational data to be exploited.

2.    the development of a range of statistical techniques for objective and quantitative com- parison of realistic synthetic observations with real observations

Our workshop is designed to help bring about these advances by bringing together a group of young and innovative researchers in the fields of observational star formation, hydrody- namic simulations, radiation transport, synthetic observations and data analysis. The cross section we have chosen includes expertise in what the latest generation of observatories and numerical calculation are capable of and their inherent limitations. We intend that this meeting will initiate long–term collaborations within this group, and with other researchers who may join the effort in the future. 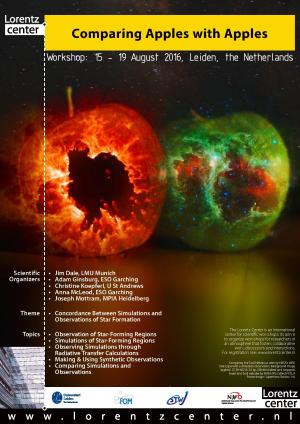 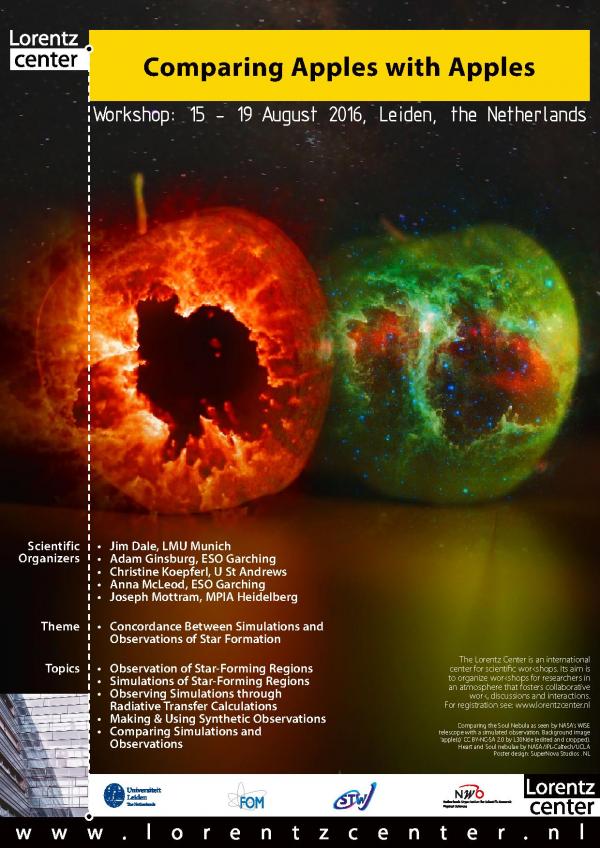