The workshop will explore the physics of inhomogeneous states, arising from frustrating interactions and disorder in strongly correlated electronic systems. Such systems often feature many metastable states, and show even some glassy signatures such as slow relaxation and aging. This complex behavior seems relevant to systems such as high Tc cuprates and other transition-metal oxides, systems close to disorder driven metal-insulator transitions, frustrated magnets, Kondo alloys, quantum Hall systems (striped phases), organic systems close to the Mott transition, granular metals, and many others.

Following the tradition of the Lorentz Center, the workshop will provide ample time for informal discussions. The organizers favor the participation of researchers who come for at least two weeks. Each participant will have a desk and access to a computer. We plan to have a few talks each day that will serve to keep a focus during the three weeks, and to help catalyze and inspire the informal discussions. The program will be developed after a tentative list of participants becomes available. 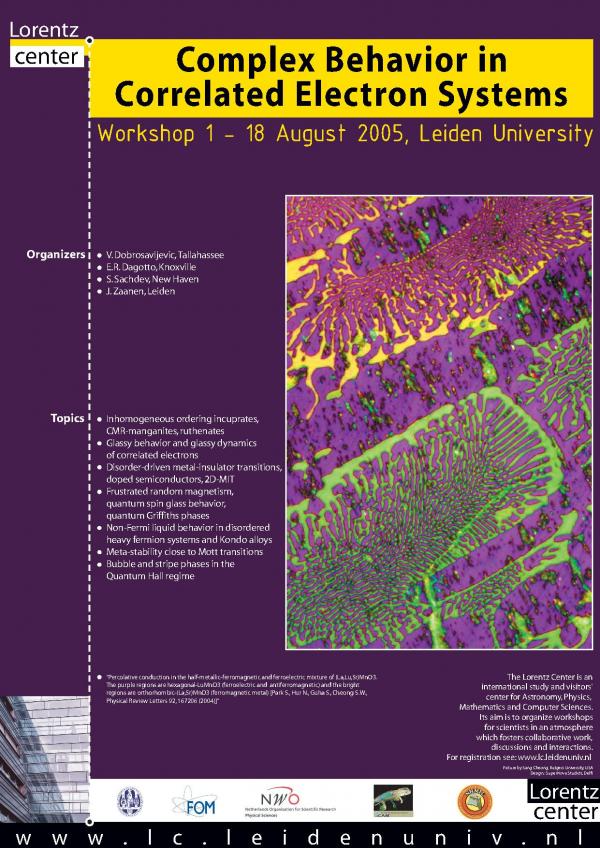