Complexity in Economics and Finance

The purpose of this workshop is to bring together international

experts in complexity research applied to economics and finance.

Traditional economic theory describes the economy as an equilibrium

outcome of activities of perfectly rational economic agents. In the

classical approach agents are often assumed to be identical and

features of economic systems, such as high trading volume, the

emergence of speculative bubbles and dramatic crashes in financial

volatility in the returns distribution of financial assets.

Since the 1990s an alternative approach has been developed where

markets are viewed as complex evolving systems emphasizing a

non-equilibrium price adjustment process through the interaction of

many heterogeneous agents, who are boundedly rational using simple

heuristics, learning and adapting their behavior over time.

According to this view, aggregate market phenomena are thought of as

emerging properties of complex systems resulting from the

Research on complexity in economics and finance is characterized by

dynamics and agent-based simulation. Main topics of the workshop

·         expectations and learning: theory and laboratory experiments with

·         the relation between interacting particle systems in physics and

·         validation and estimation of agent-based models;

The workshop brings together a number of distinguished experts in

the broad field of complexity in economics and finance, and promotes

collaboration between participants. The workshop is also an ideal

opportunity to promote complexity research with applications in

economics in the Netherlands and attract Ph-D students from various

universities in the Netherlands. 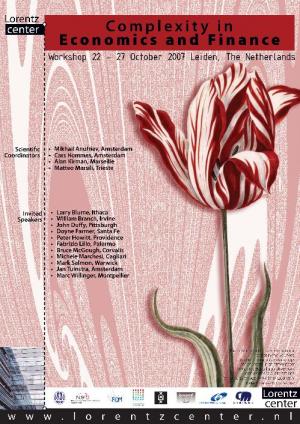 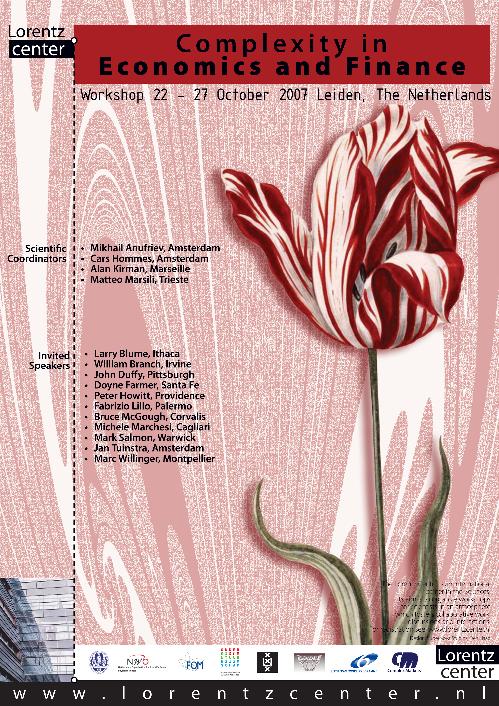