This DIAMANT Stieltjesweek aims to provide an introduction to three hot topics in arithmetic geometry: L-series, the Birch and Swinnerton-Dyer conjecture, and the Batyrev-Manin conjecture. Through three mini-courses the audience will be prepared for the conference Counting points on varieties to be held during the following week.

Each morning will feature three lectures, one for each mini-course. In the afternoon there will be problem sessions. See the program for details.

Tim Dokchitser (University of Cambridge) will give an introduction to the Birch and Swinnerton-Dyer conjecture, which relates the rank of an elliptic curve E over the rational numbers to the behavior of its L-function L( E, s ) near s = 1. This L-function encodes the number of points of E modulo p for all prime numbers p.

Ronald van Luijk (Universiteit Leiden) will lecture on the Batyrev-Manin conjecture. For any variety X over the rational numbers and any real number B, one can consider the rational points on X for which the absolute value of the coordinates have numerator and denominator bounded by B. The Batyrev-Manin conjecture predicts the asymptotic growth of the number of these points as a function of B for interesting classes of varieties X.

The lectures are aimed at Master's and PhD students, as well as young postdocs, in arithmetic geometry and related areas. Familiarity with the basic theorems of algebraic number theory and algebraic geometry will be assumed. 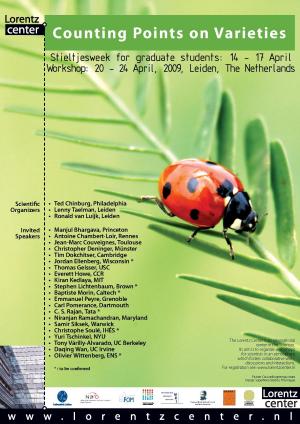 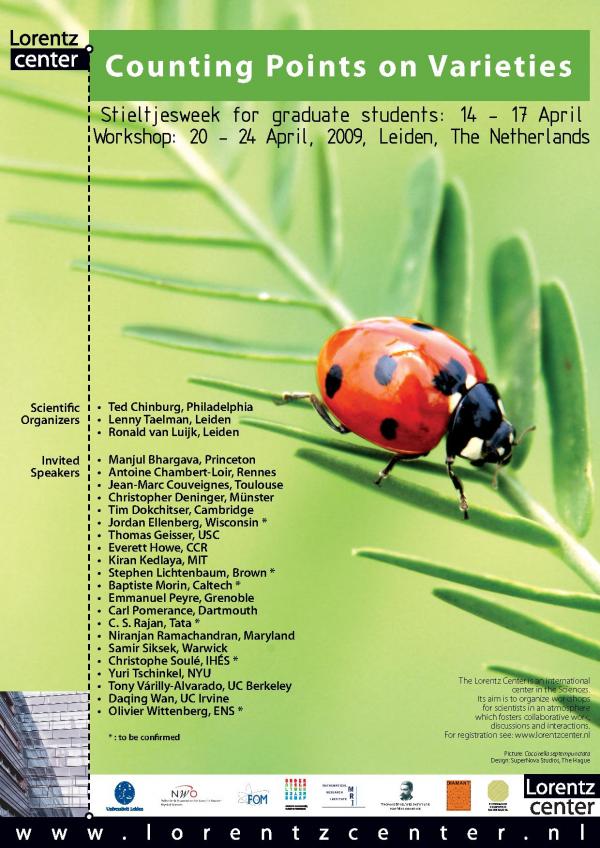