The concept of creativity is surrounded by a great number of theories and ideas, which all seem to have a point, sometimes seem to conflict with each other and at other times seem to be complementary. There is the idea of creativity as an evolutionary process, socially driven, building upon prior ideas, allowing co-creation, and advocating a more-or-less deterministic world view (cf. the Marxist view on technological innovation). New technology always has its predecessors, science merely ‘discovers’ what is already there, independent of the individual. There is also the idea of the disruption of a grand tradition, the paradigm shift, forced by the individual psychology of the genius who at a flash of insight sees what others do not see. And then there is the role of chance, probability, ‘serendipity’ or systematically adding noise to a pattern (cf. fractals), the results of which may be interpreted as an artistic ‘objet trouvé.’

Science, technology, arts, and business thrive on creativity. Yet, are we talking about discovering novelties or are we constructing them? And what is the creative process actually about? Association, integration, and evaluation are often-mentioned ingredients of the creative process but can easily be extended by incubation, abstraction, adaptation, etc. How do these concepts relate to one another?

This Lorentz workshop is meant not as a mere inventory of perspectives on creativity but as a serious attempt to evaluate the meaning of the different concepts, to define the different mechanisms, and try to come to the layout of a theory that integrates the different views. The discussions should be guided by the objectives that in the long run, such a theory is implemented as a computer model to validate its logical consistency and is confronted with real people to verify its empirical value. 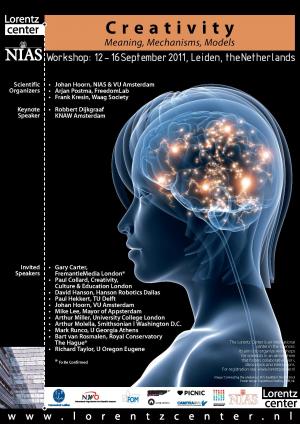 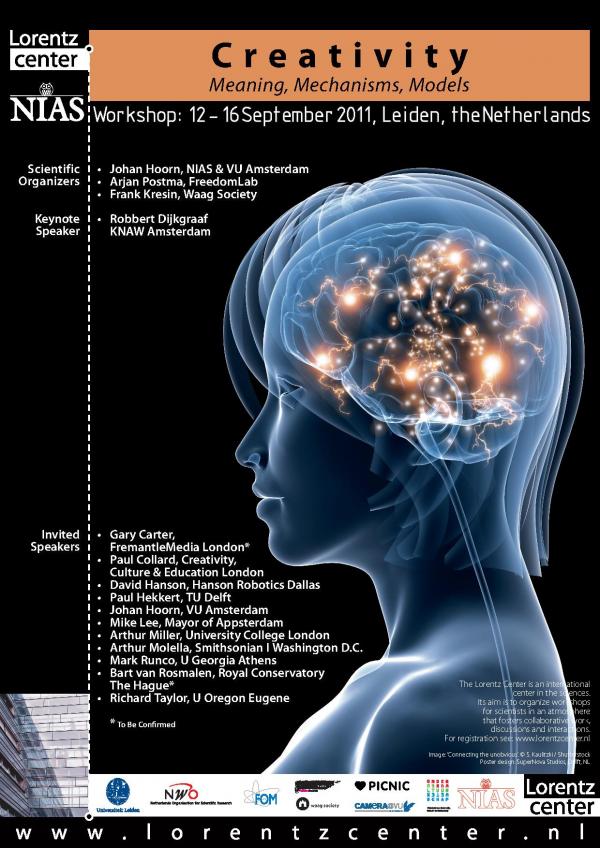