For a quarter of a century, the problem of mitigating climate change has been portrayed as a matter of pollution control: of reducing the level of greenhouse gases emitted to the atmosphere at the “end of pipe” (Shaw 2011). This view is now giving way to recognition that fundamental transformations are required in order to decarbonise  society: to radically reduce the input of carbon into our economies (SEPA 2012; Sachs and Tubiana 2014). Grappling with this challenge requires not only action in the present but also that we think of the future in different terms. A range of techniques are being developed to this end – from modelling and scenario techniques, cultural interventions, forms of experimentation and demonstration projects, as well as the development of specific low carbon pathways. While diverse in their aims, they all rely on forms of narrative: of telling compelling stories about the nature of the low carbon future and the means through which it can (and cannot) be achieved.

The aim of the Decarbonising Futures workshop is to create a forum through which to activate a new conversation about the potential and limitations of these techniques as a means through which to catalyse the forms of political, economic and social response required decarbonisation. The development and use of such techniques is now rapidly multiplying in a context where society seeks both to intensify the process of negotiating and delivering international climate change agreements and to establish alternative arenas for governing decarbonisation, from the action plans of cities to efforts to decarbonise whole sectors of the economy. Yet to date the comparative and collective contribution in terms of how low carbon societies could be imagined or their impact on the political processes through which low carbon transitions might be achieved has not been bought into focus. Such a dialogue is now required in order that the potential for new thinking about how to achieve low carbon transitions can be realised and the tensions and discord between different approaches considered. The Decarbonising Futures workshop will draw together those involved in the practice of these techniques – modellers, scenario developers, artists, curators, policy practitioners – with those engaged in their assessment and critique from across a range of disciplines, including political science, public policy, innovation studies, geography, science and technology studies, socio-technical transition studies, sociology, economics and the engineering sciences. Through a series of interactive forums, including immersion in the spaces and stories of low carbon futures, expert talks, open space dialogues and a design-studio process, the workshop will enable a new understanding of the commonalities, strengths, limitations and conflicts between these approaches and how we tell stories about a future decarbonised world. 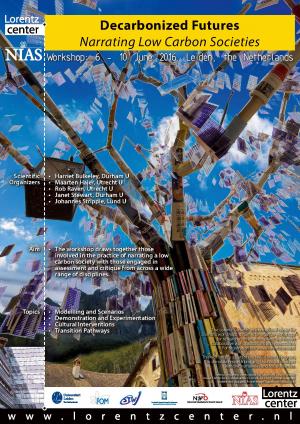 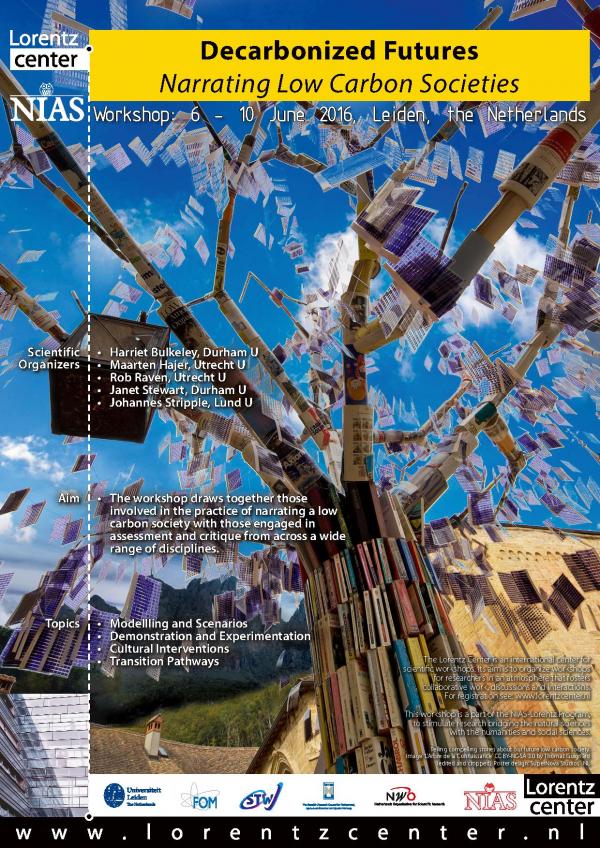