Decoding the Assembly History of Galaxies

The formation and evolution of galaxies are among the most important topics in modern astrophysics. Galaxy mergers, gas accretion, internal dynamical instabilities, energetic feedback from stars and central supermassive black holes are all thought to influence the growth of a galaxy and shape its properties at each epoch of cosmic time. Yet numerous mismatches between the model predictions and observations suggest that our understanding of the strength and interplay of these mechanisms is still limited. Identifying new observables and modelling techniques to constrain the relative contributions of these evolutionary processes forms the basis of our scientific case for this workshop.

The core of the participants comes from a combination of two existing collaborations. The first is the team that proposed for and executed the Spitzer Survey of Stellar Structure in Galaxies (S4G, http://www.cv.nrao.edu/~ksheth/S4G/Site/S4G_Home.html), the most accurate census of the stellar structure in nearby galaxies to date. The second is the DAGAL network (Detailed Anatomy of GALaxies,  www.dagalnetwork.eu), whose purpose is to continue the S4G effort and set the interpretative framework for the properties of the surveyed, nearby galaxies. This event represents the first official joint meeting of these two teams, and a unique opportunity to push the science forward. The other key aspect is the involvement of scientists from outside the S4G/DAGAL collaborations - around one third of he participants - and the prominent role given to them in reviewing the status of the field and leading discussions.

We will bring together established and upcoming experts to tackle a set of observational and theoretical challenges in the field of galaxy formation and evolution. The assembly history of disk galaxies and how their star formation properties were shaped in each stage of their evolution; the peculiar stellar structures observed in nearby galaxies and their potential to unveil the assembly history of such objects; constraints from stellar and gas kinematics on galaxy evolution and dark-matter properties in the era of HI and IFU surveys; the quest to implement pc-scale physics in simulations. These topics will provide the main pillars of discussions in this workshop.

Importantly, we aim at identifying new lines of research as well as the observational and theoretical challenges we should embrace next. Finally, we aim at fostering long-term cooperation both within and beyond the boundaries of the S4G and DAGAL teams. 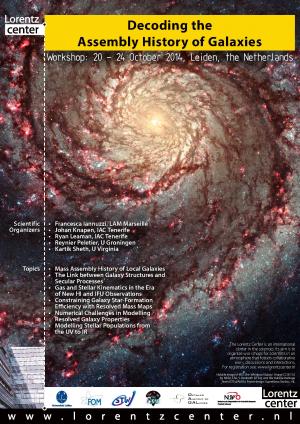 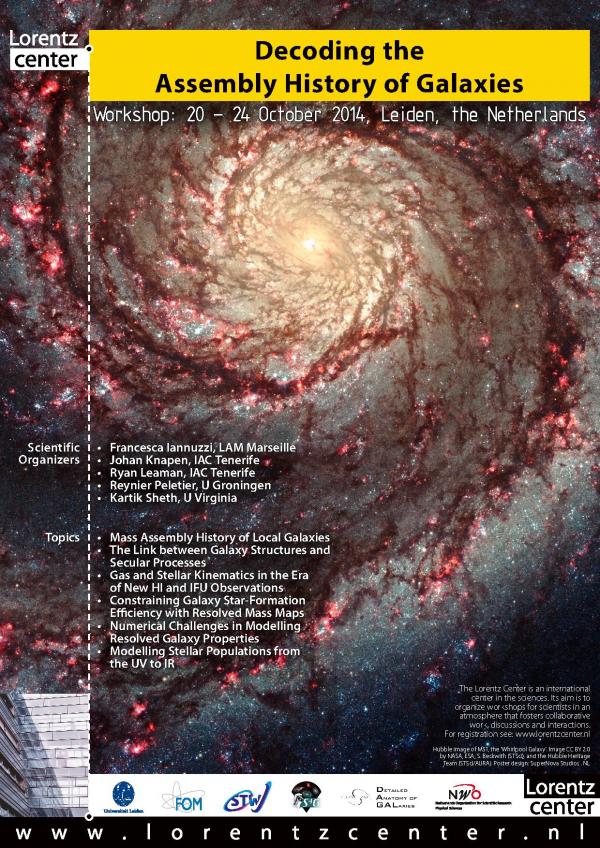