Following the discovery of Bose-Einstein condensation in 1995, ultracold atoms have developed into a new laboratory for realizing and simulating complex quantum many-body systems. In particular, optical lattices have made it possible to create artificial solids with highly tunable properties. While so far most theoretical and experimental studies have been performed for highly pure systems, recently inclusion of tunable disorder, which can be achieved e.g. via speckle lasers or defect atoms, has become of major interest in the cold atom community.

On the other hand disorder is and always has been of natural relevance in solids where defects are not only inevitably present but can also be introduced at will, for instance chemically during sample preparation. This can lead to interesting phenomena such as localisation or glassiness. Of particular interest is the interplay of disorder – annealed or quenched – and interactions, which plays an important role in systems as diverse as frustrated magnets or systems where delocalization due to competing interaction and disorder appears to take place. These are, to a large degree, not yet well understood.

This workshop aims at bringing together researchers from the condensed matter and cold atom communities who are actively conducting research on disordered and interacting systems. The primary goal is to exchange concepts and ideas between both communities, in experiment as well as in theory, and in particular to identify types of problems where new insight can be gained through alternative physical realizations.

Besides physical phenomena, an important topic of the workshop will be theoretical methods to simulate and solve disordered systems, and experimental techniques to introduce and control disorder. As an example, in optical lattices it is likely possible to continuously interpolate between quenched and annealed disorder, which opens up a whole set of new conceptual questions.

This workshop is supported by the DFG Forschergruppe 801 and the European Science Foundation programme on Highly Frustrated Magnetism. 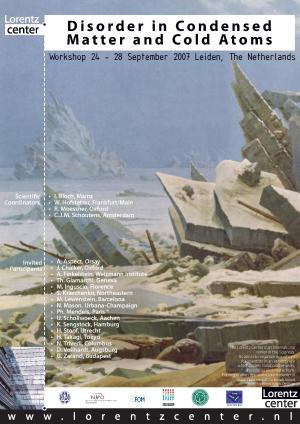 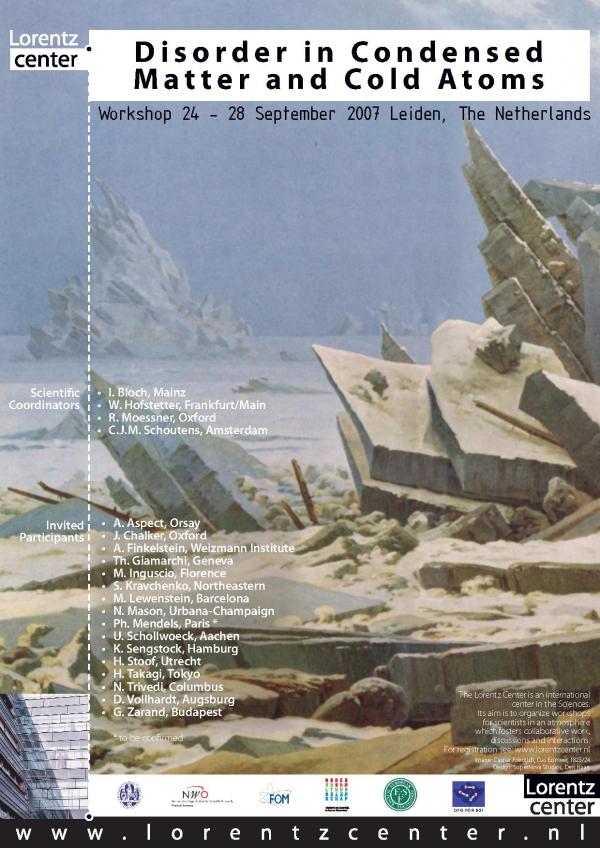