The theory of elliptic functions was developed and laid down in various monographs in the 19th century. Although this extensive body of knowledge found applications in some areas of physics and mathematics, it was not widely known for a large part of the 20th century. Likewise, the field of integrable systems was dormant until the 1970s. This state of affairs took a sharp turn with the discovery of soliton solutions to various previously known evolution equations, which led to the reinterpretation of these equations as infinite-dimensional integrable systems.

Triggered by the resulting revival of integrable system theory, elliptic functions came back in focus as well, with a vengeance. Indeed, they turn out to be a key ingredient for the area, since integrable systems typically have versions involving rational, trigonometric/hyperbolic, and elliptic functions. The workshop focusses on the most general elliptic incarnations of various integrable systems that have been discovered in recent years. The elliptic versions are the least accessible and most challenging ones, and to increase our understanding of them is of great importance for the whole area and for its manifold applications to related subfields.

At the same time, the research area representation theory is witnessing ground-breaking developments. In many of these advances, the new source of inspiration came from integrable models and their associated mathematical structures. For instance, the already known relations between integrable systems and simple Lie algebras were extended first to affine Lie algebras and subsequently to quantum groups, quantum affine algebras and (double) affine Hecke algebras. In turn, the representation theory of the elliptic versions of quantum groups and algebras (such as the Sklyanin algebra) and the representation theory of the double affine Hecke algebra turn out to be intimately connected to elliptic hypergeometric functions and identities.

As a result of these disparate developments, the importance of the elliptic regime is now widely acknowledged in the communities working on the above topics. The field has been in a state of rapid expansion, yielding a great many new and unexpected results. This renders the subject highly topical. The workshop aims to capitalize on the unifying trends, by enabling researchers from the various pertinent areas to meet, learn about ongoing projects, discuss open problems and novel directions, and begin new collaborations from different complementary and mutually beneficial perspectives. 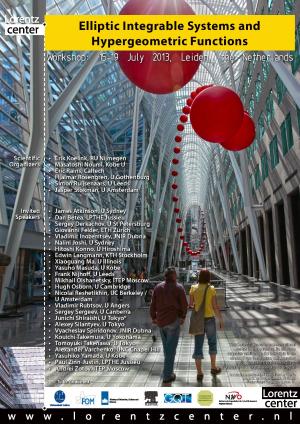 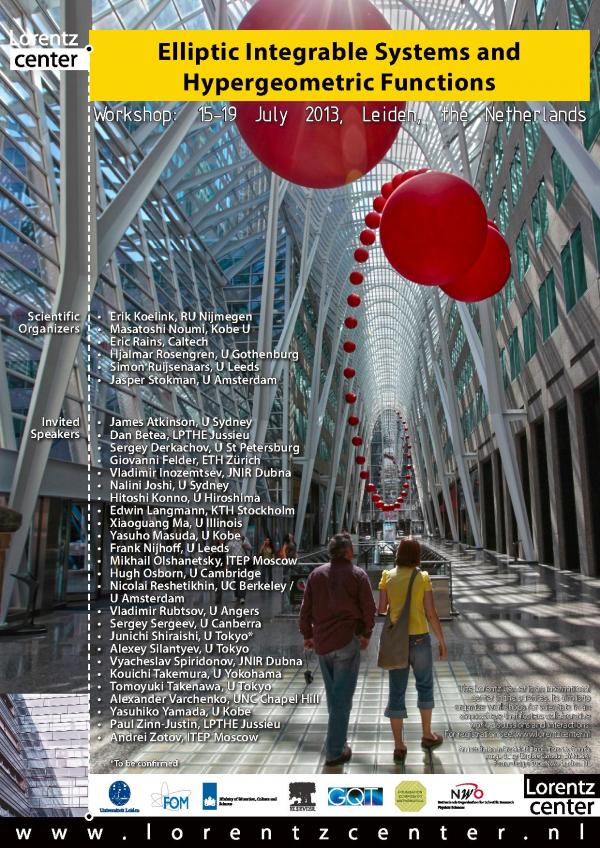