Many systems throughout the sciences and in technology are networks: they are formed of individual nodes which interact. Examples include electrical circuits, neuronal networks, food chains, economic markets and social media. Such dynamical systems can often exhibit intriguing emergent phenomena, such as complicated bifurcation scenarios and synchronization, either of the entire network or just of a localized subset of nodes. Unfortunately, knowledge of the dynamics of the isolated nodes and the interaction topology in between is typically not sufficient for understanding the global dynamics of the entire network. Moreover, modern techniques from dynamical systems are seldom compatible with a given network structure. Hence, there is a need for mathematical methods tailored specifically to the study of the many distinctive aspects of network dynamics.

The goal of this workshop is twofold: on the one hand there is a focus on bringing together researchers with novel theoretical perspectives and expertise in applications. The workshop explicitly does not narrowly focus on any small subfield of network dynamical systems, but aims instead to broaden the horizon of its participants. On the other hand, the aim is to identify concrete possibilities to apply recent mathematical theory to real-world network dynamical systems, thereby providing a greater visibility for the field and its potential. 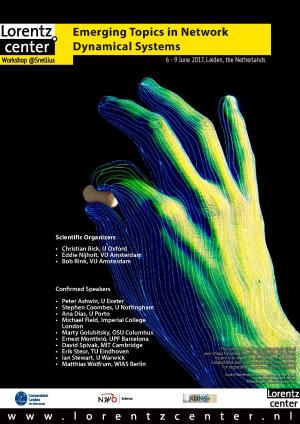 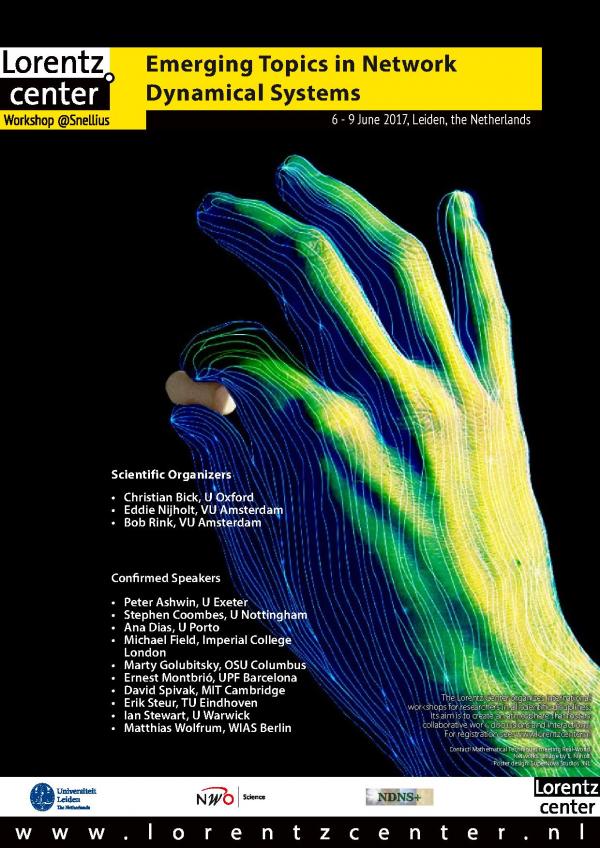