Evolution of Biomolecular Networks: Rules of the Game

How traits evolve is one of the most fundamental and challenging questions in the natural sciences. It is a challenging problem, because it stretches many time and length scales: from microseconds, at which proteins interact, to millions of years, over which evolution takes place; and from nanometres, the typical size of a protein, to kilometres, the size of typical ecosystems, in which organisms evolve.

Traditionally evolutionary studies focussed on how macroscopic phenotypic traits, such as the beak shapes of Darwin’s finches, evolve over long timescales. However the recent increasing ease of whole genome sequencing allows the coupling of comparative phenotypic studies with genomics. These genomic studies reveal possible causative mutations for adaptive traits. Nevertheless to obtain a full mechanistic understanding of how a mutation is adaptive for a specific trait all the way from the molecular, through the cellular to the organismal level is highly non-trivial. First, it is hard to know if a mutation increases fitness and thus is adaptive, because this depends on the specific environment present when the mutation arose and we typically do not know the relevant environment for the evolutionary trajectory of existing species. Second, even if we know that a mutation is adaptive (increasing fitness), it is hard to find out how adaptive mutations improve fitness: a trait typically is the result of a complex, highly spatially and temporally regulated biomolecular network, consisting of many different interacting components. How a biomolecular network spatiotemporally organises a living cell on cell cycle timescales has been the focus of the fields of cell biology, biochemistry and biophysics. However how these networks reorganise on evolutionary timescales is from this perspective a completely open question.

In this workshop we want to combine insights from both the field of evolutionary biology with that of cell biology and biophysics to ask how we can study how biomolecular networks reorganize on evolutionary timescales. We will both focus on how the current diversity has evolved but also ask what the general rules are of biomolecular network evolution. Several recent vibrant workshops, such at the KITP on evolutionary cell biology (https://www.kitp.ucsb.edu/activities/evocell15) have posed relevant research questions in the field of evolutionary cell biology. In the workshop we propose here, our goal is to take the next step by defining concrete multidisciplinary research directions.

The questions we will focus on are below. To clarify them we will discuss these question for the case of the flagellar motor [1-3].

1)      How dynamic are biomolecular networks/cellular machineries on evolutionary timescales?

Example: How rapidly do the components that make up the flagellar motors diversify on evolutionary timescales? Prokaryotes, eukaryotes and archaea have very different flagellar motor systems both in form and function, but how different are closely related species?

2)      What at the cellular level is conserved between species?

Example: If the majority of components in the flagellar motor are not conserved between species [3], it may be better to talk about conservation in the context of function or mechanism, like the need of a rotary engine, more than of specific molecules such as the Mot complex?

3)      Is this different for eukaryotes and prokaryotes, and why?

4)      How do the physical and chemical properties of biomolecular networks/cellular machineries affect its evolvability?

5)      How do we define terms such as novelty/evolvability/adaptability/fitness in the context of a molecular network?

Example: is the definition of evolvability as the number of accessible neutral or adaptive mutations in the one-step mutational landscape of the network, a useful definition, or can we think of more usefull definitions?

6)      How does the fact that biomolecular networks have evolved, affect their features, like being adaptive to mutations and functions.

For example, does the presence of many regulatory components in the flagellar motor make the network more adaptive to mutations, than a randomly designed motor, which rotatory function works equally well? 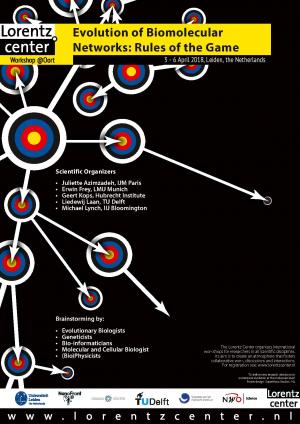 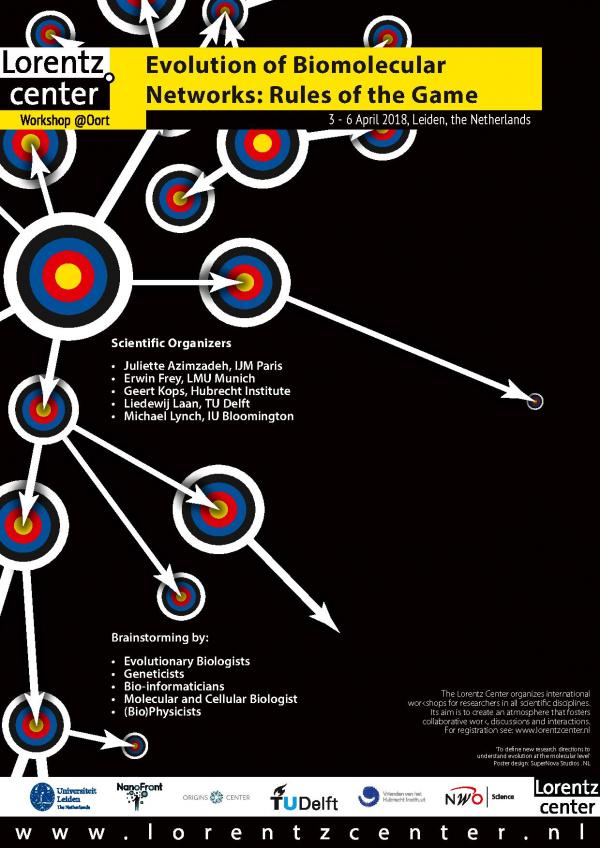