Formation of the Solar System and the Origin of Life

With more than 1000 confirmed exoplanets and an additional 3000 candidates, it is becoming clear that there are many planetary systems with rather different properties to that of the Solar System. This naturally raises the question how our own Solar System formed, and how life developed. The answer is not straight forward, because 4.6 billion years have passed since this event and one has to rely on the various clues to what happened then. However, it turns out that making full use of this information requires an interdisciplinary effort, using knowledge of supernovae explosions, meteorites, cosmochemistry, structure and evolution of circumstellar discs, star cluster dynamics, and the early dynamical evolution of planetary systems. The present conference is the third of its kind in a series of successful meetings. In 2014 the first international workshop on The formation of the Solar System took place in Bonn, followed up by similar meeting in Berlin in 2015, bringing together experts from these different disciplines to discuss this theme. This last meeting culminated in a coordinated review article on the formation and evolution of the Solar System (Pfalzner et al. 2015).

From our past meetings it has become clear that our progress in developing a better understanding of the formation of the Solar System and the initiation of life is hindered by the wide range in disciplines (geology, chemistry, biology, astronomy). The idea is to use the synergies from these different fields to accelerate progress on understanding Solar System formation and the origin of life. The goal of this workshop is to create a new platform for information exchange between these different disciplines, allowing the puzzle pieces of the Solar System formation history as part of a bigger picture. We consider this workshop a success if we spark interdisciplinary discussions and collaboration. A large number of problems related to the formation of the Solar System and the inauguration of life have origins in chemistry, biology, astronomy and geology. Mathematics and computer science are the disciplines that binds us and which we will use to continue building the bridges to cross the disciplines. We will motivate a number of participants to actively assist in writing a review on the interdisciplinary aspects of the workshop.

1. The formation of the Solar System

2. The origin and transport of water

* Material exchange in the Sun's birth cluster     * Water in the Solar System, its transport and deposit on Earth

3. The origin and transport of life

4. Further development of life in the context of the Solar System

The workshop will be highly interactive, with individual presentations as well as ample time for interdisciplinary discussions and cooperative research. Each of the five days of the workshop will be devoted to one of these topics, starting with two extended review talks (twice 30 minutes) followed by shorter presentations with key problems / discussions and breakout sessions. During these sessions, the participants will work in groups of 5--8 people. Each group will have a discussion leader who is instructed on a specific topic in her or his expertise and will lead the discussion on this aspect within the other domains. Each breakout group will have participants from at least two other domains. After this split off, we assemble in a plenary session, where the results of the individual discussions are being reported and further discussed.

The goal of the workshop is to foster a new community with an interdisciplinary approach to this research topic. We especially aim at young researchers across the communities, because they are still able to cross disciplines. The meeting will facilitate the unification of ever-improving data and the theoretical models from these different research areas. 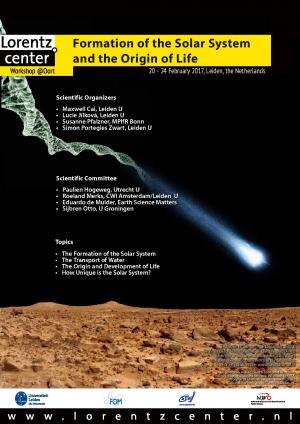 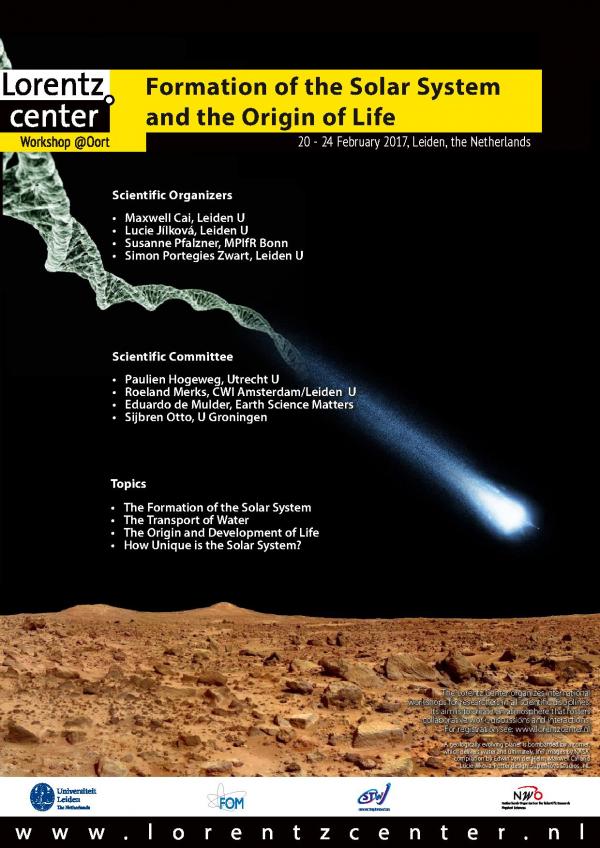