The self-similarity phenomena, or fractal phenomena, are being actively investigated by various research groups throughout the world. The reason of such profound interest to these phenomena is their ubiquity in different areas. The fractal behavior can appear statically, in which case it is usually refered to as fractality, or dynamically, in which case it is called fractionality. Statically, fractals appear both in natural sciences, such as geophysics, crystallography, astronomy, biology, chemistry, bioinformatics and in different branches of mathematics: number theory, geometry, theory of differential equations etc.  Dynamically, fractal behavior is demonstrated by macroscopic collections of the units that are endowed with the potential to evolve in time. Such collections are object of study in fluid mechanics, physics of nano-particles, electronics, cellular communications, economics, financial mathematics and many other areas.  Because of its static nature, the word “fractality” is more common when speaking of deterministic objects, while “fractionality” often means stochastic behavior. Modern concepts of multifractality and multifractionality are further extensions of these notions. They are used to describe the phenomena which are only locally self-similar. Again, the locality here may refer to time (fractionality over small time intervals) or to space (fractality in small space domains). The proposed conference, while being relatively small in size, aims at bringing together the leading specialists of several fields of expertise: •       fractional calculus •       fractional equations and fractional dynamics •       fractional stochastic analysis •       fractional and multifractional stochastic processes •       applications of fractal and fractional analysis The choice of topics was motivated by two factors. Firstly, the organizers aim at the widest coverage possible. Secondly, the topics should not be too distant from each other to allow effective communication. The goals of the workshop are thus: •       to stimulate transfer of scientific ideas between different research areas •       to start new collaborations between researchers from different countries and different research communities •       to promote exchange of ideas of practical applications 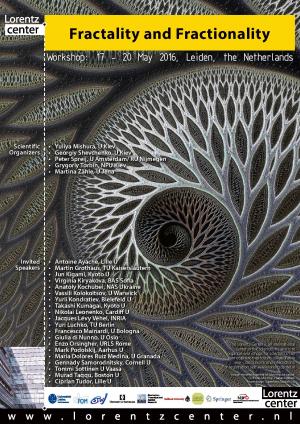 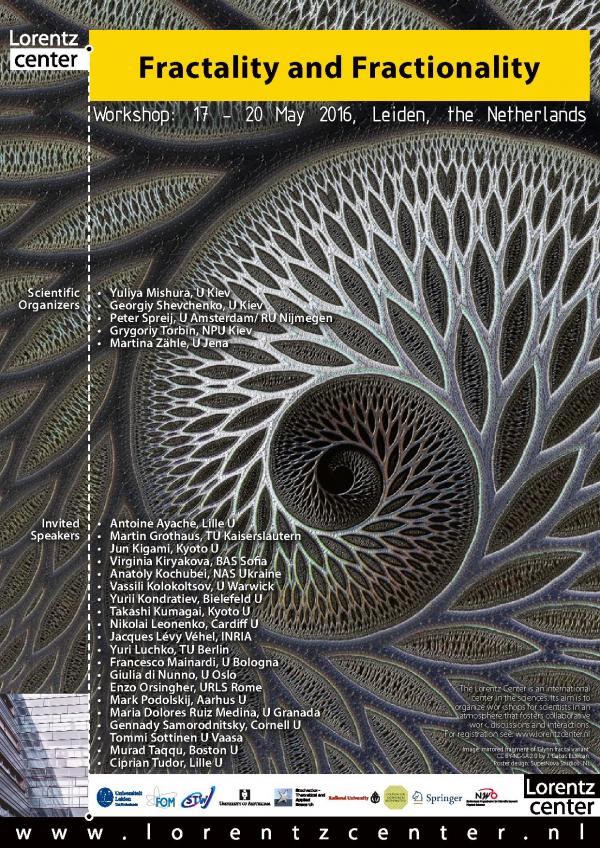