From Brown Dwarfs to Planets: Chemistry and Cloud Formation

The study of brown dwarfs and extra-solar planets constitutes a very active field of astrophysical research.  Knowledge on their physical structure and chemical composition is gained from the interpretation of complex spectra obtained by increasingly sensitive instruments. The interpretation relies entirely in a handful of sophisticated numerical codes which were used successfully.  Those codes share the basic physics but do no treat the critical influence of the cloud formation on the atmospheric structure in the same way, which may be partly due to their different origins: low-mass stars at the one hand, and planetary atmospheres on the other hand. Dust grains/droplets act as a sink for heavy elements and are by far the strongest opacity source. In order to obtain a reliable tool for upcoming missions like Darwin and TPF and for the second generation ground based instruments at the Keck and VLT, we aim for

comparative studies with respect to chemistry and cloud formation. The aim of this workshop is to provide insight into the physio-chemical processes, and to establish comparative tests among the different atmosphere codes with special emphasis on the chemistry and grain/droplet cloud formation. By doing so the validity can be demonstrated and some handle on the influence of parameters and assumption will be provided in the context of the different model atmosphere codes. The organizers intend to bring together key people working in the field. Following the tradition of the Lorentz Center workshops, we plan to have ample time for informal discussion which will be inspired by review talk on key issues. There will be no contributed talks but participants are encouraged to bring posters as a basis for further discussions and for providing background. 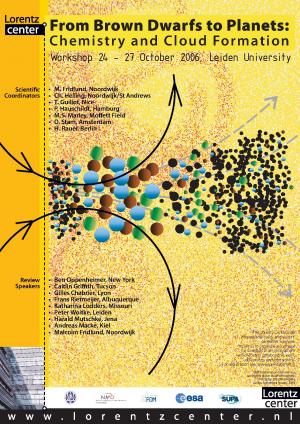 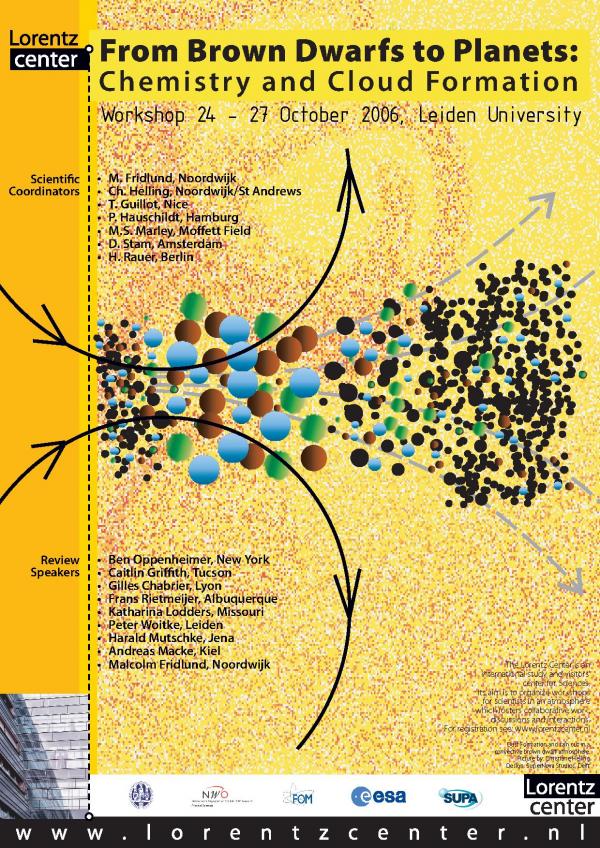