From Disks to Planets: Learning from Starlight2009 EARA workshop

In the hunt for extra-solar planets, a diversity of confirmed .and candidate systems has been revealed. To understand the differences in these systems, modern observational studies have most recently focused attention on circumstellar disks, the likely birth sites for planets. With particular emphasis on new developments in infrared and sub-millimeter instrumentation, that target thermal emission from the circumstellar material, astronomers can use gas and dust signatures to place the protoplanetary disks into an evolutionary context. The goal is to identify the environment and initial conditions that encourage, or facilitate, the formation of planets like the ones we see around other stars and in our own Solar System. But, as our disk diagnostics expand, we find disparities between the evolutionary stages of the disk and the central star. In some disks, dust grains appear to clump or grow more quickly. Other disks seem to retain their gas component longer. Some form inner or outer gaps. And disk dissipation rates can vary from source to source. What we may suspect is that the diversity of planetary systems also has a diverse origin, and successful cases may follow very different evolutionary paths. And since we cannot know, a priori, which circumstellar disks will in fact form planets, it is difficult to disentangle members of different evolutionary sequences from disk observations alone. Instead, a tremendous amount of work has been completed on the statistics and stellar characterization of known planet-hosting stars. It is now time to take a distinct look back at the starlight. Advanced developments in optical instrumentation, including multi-object spectrographs and adaptive optics, now allow us to capture stellar light from both systems formed and systems-in-formation. Data from the latter is more difficult to interpret because the stellar light can be confused, veiled, or distorted by an active circumstellar environment. Therefore, research in this area of star and planet formation has lagged behind in recent years. However, to overlook the stellar component is to disregard the engine at the system center, which is intricately tied to the disk evolution and therefore planet formation.

The aim of the workshop is to merge the most recent results from disk evolutionary studies, planet formation theory, and extra-solar planet statistics to pose questions about early stellar evolution that can be answered by observations, tied with models. The connection between the initial stages of planet formation and known planetary systems will take a concentrated look at the host stars and how they evolve during this process. Are there specific signatures in known planet-hosting stars that can be traced back to earlier evolutionary stages? How is this host star expected to influence the disk diagnostics? Can we place better constraints on stellar parameters as the protostars first emerge from the envelope of material within which they formed? The tools that should be covered to aid this work include: extraction of observables from photometry and spectroscopy, applications of early stellar atmosphere models for analysis and interpretation, accurate determination of stellar properties (such as age, mass, luminosity), isolating the stellar light in spite of circumstellar effects, current and future instrumentation developments (how far can we get now and what possibilities await in the near future). The workshop should bring together star, disk and planet experts. It should also call on observers, theorists, and modelers. 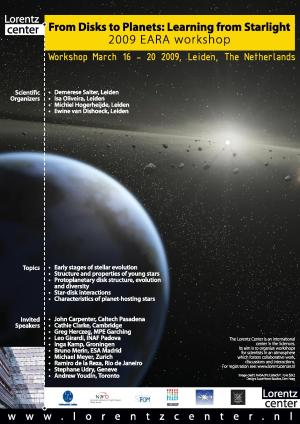 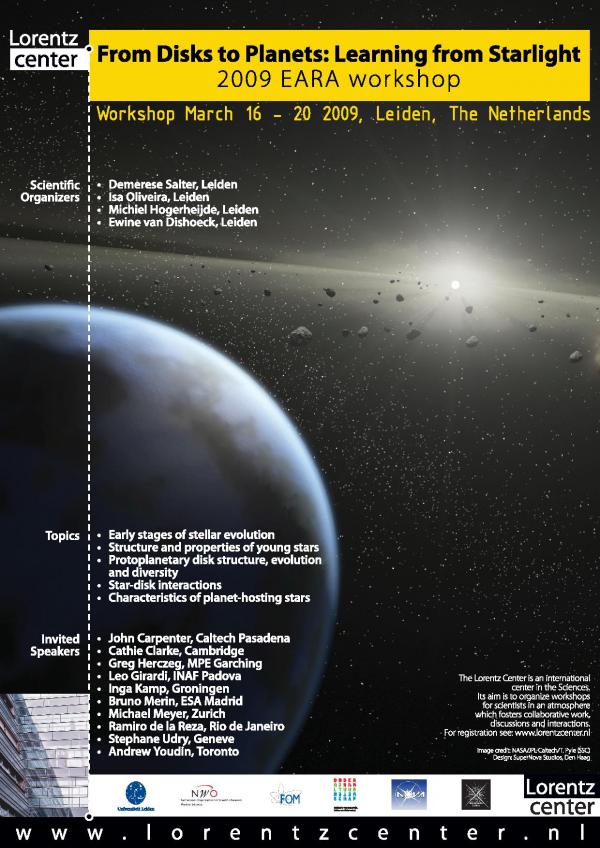