From Massive Stars to Supernova Remnants

It becomes more and more clear that supernovae do not explode in a spherically symmetric fashion. Small scale anisotropies are observed to occur in supernovae and supernova remnants, which must have their origin in local conditions of the exploding star, or in its circumstellar medium. Large scale anisotropies are also frequent, in the medium around the star before it explodes, in the supernova explosion itself, and in supernova remnants. The most extreme examples are provided by hypernovae and (long) gamma-ray bursts. Theoretically, these anisotropies are suspected to be connected with the supernova progenitor evolution, which shapes the internal constitution of the star before it explodes, but also its circumstellar surroundings.  Other possibilities to produce anisotropies include the collapse and the supernova explosion mechanism itself.

We hope that the workshop will give rise to new ideas to understand the multitude of observed phenomena, to develop critical tests to new and existing ideas, and pave the road to future observational and theoretical studies as explorations of such ideas.

Supernovae of Type Ia, i.e. exploding white dwarfs in binary systems, are not in the focus of this workshop, but side line discussions on this topic are expected as well. 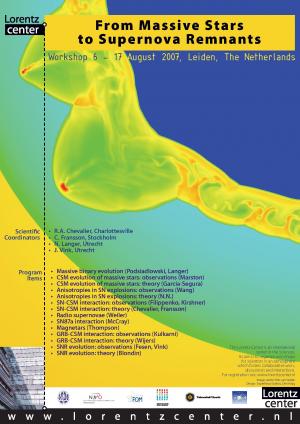 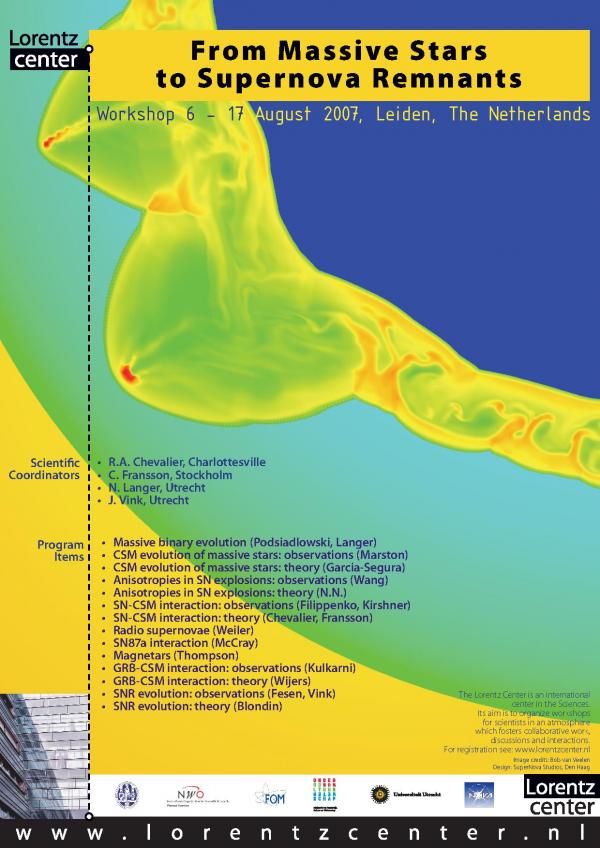