Gas, Stars, and Black Holes in the Galaxy Ecosystem

The gas and stars, together with the central black holes in galaxies form a complex ecosystem. In the leading cold dark matter theory of galaxy formation, the stellar structure of galaxies forms through star formation fueled by gas accreted from the IGM, and regulated by feedback from stellar winds, supernovae and AGN. Star formation comes in the form of vigorous, episodic “starbursts” (as the result of galaxy collisions or other accretion events), and in relatively quiescent modes (for example as the result of gas cooling).

The starburst mode has important consequences for the properties of galaxies, as it can drastically alter the main structural components on relatively short time scales, launch massive winds and outflows that spew hot gas, metals and dust around galaxies, provide fuel for AGN, and grow central black holes. They are also important for understanding the ionizing UV radiation produced by the young, massive stars that reionized the universe. Theory and observations suggest that this mode was particularly important during the early stages of galaxy formation at high redshift, and in selected samples at low redshift.

The more quiescent mode of star formation, the dominant growing mode of galaxies during the most recent ~6 Gyr of cosmic time, also has unique consequences for the evolution of galaxies. For example, it is key to understanding the ongoing star formation in galaxies such as the Milky Way through the formation of giant molecular clouds in the interstellar medium. It is important for the origin of spiral structure and galactic bars, the buildup of metallicity gradients across galactic disks and for fueling low levels of nuclear emission from central black holes (AGN and LINERS) through the gradual inflow of stellar end products.

In this workshop we will bring together scientists working in three important and closely interconnected subfields of galaxy formation: Gas and Star Formation, Black Holes and Nuclear Activity, and Superwinds.

Through expert reviews, highlight talks, discussions, and off-line interactions facilitated by the unique Lorentz Center, we aim to provide a thorough review of past and current work, explore new synergies, and present an outlook on the field. This workshop is inspired by the work of Prof. Tim Heckman, who has made broad and far-reaching contributions to the physics of accreting black holes, supernova winds and starbursts, and who will be an honorary guest at this workshop.

Prof. Tim Heckman, director of the Center for Astrophysical Sciences of the Johns Hopkins University in Baltimore (USA), has accepted our invitation to be an honorary guest at this workshop. Prof. Heckman has made broad and far-reaching contributions to our understanding of the physics of the gas, stars and black holes in galaxies. Through his empirically-driven works on accreting black holes, supernova winds and starbursts, he has elucidated the complex processes that regulate galaxy evolution from the earliest epochs to the present day, and he has strongly influenced galaxy formation theory. Heckman's work on AGN hosts introduced the concept of "co-evolution" between the growth of the galaxy and its black hole and even AGN "feedback", concepts that are now taken for granted by the general astronomical community. He was also responsible for discovering a new type of active nucleus phenomenon, which he termed "LINERS" (Low Ionization Nuclear Emission-line Regions).

A third major contribution to astronomy was in establishing the empirical basis for large-scale supernova driven winds in galaxies and in demonstrating that these are responsible for ejecting metals, and also gas and dust, into the IGM. Heckman was also responsible for demonstrating that processes in local starbursts could be used to better understand the complicated picture of galaxy formation in the very early Universe. The discovery of ubiquitous outflows in Lyman Break galaxies at high redshifts established the superwind phenomenon to be of crucial importance in understanding the entire galaxy formation process. Some of the groundwork of Heckman’s pioneering career was performed at Leiden Observatory, whilst working as a young postdoctoral fellow with Prof. Miley.

The emphasis on the "quantitative" is the hallmark of Heckman's work that allows him and his colleagues to achieve robust, empirically-based answers to physical questions using a wide variety of multi-wavelength data. Because of this, and because of his seminal contributions to all of the topics covered by this workshop, we have asked Prof. Heckman to present an honorary lecture giving his views on the field, and setting the stage for the rest of the week in this workshop on “Gas, Stars and Black Holes in the Galaxy Ecosystem”. 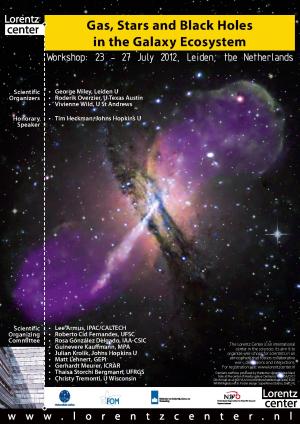 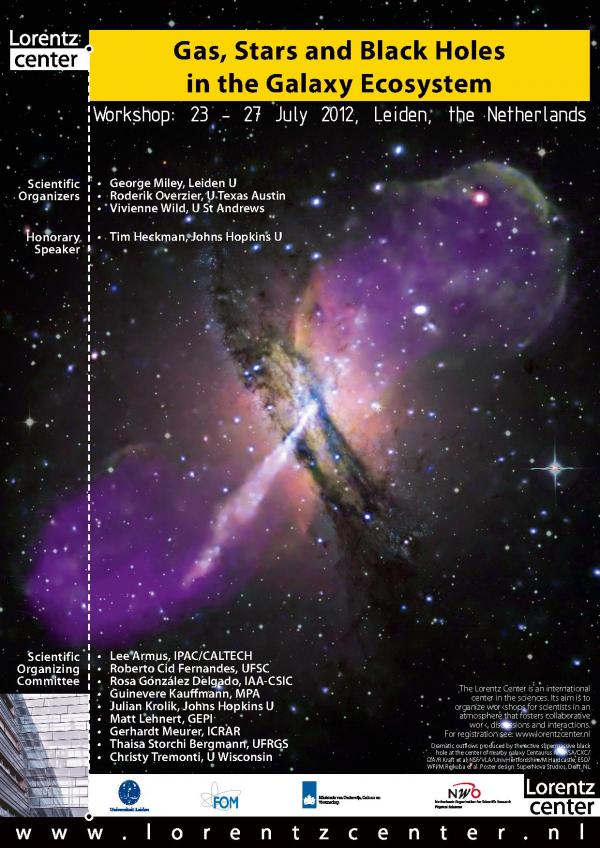