Combinatorial problems related to branched coverings of two-dimensional Riemann surfaces are being attracting attention of researchers since Hurwitz who considered mappings from the complex projective plane to spheres branched over a fixed number of points. The numbers of different combinatorial classes of such mappings are traditionally called the Hurwitz numbers and they have appeared recently in relation to many important enumeration and topological problems of low-dimensional geometry. They turned out to be linked to such, very different on the first glance, problems as constructing Gromov--Witten invariants of projective curves, as relation to integrable models via Kadomtsev--Petviashvili (KP) hierarchy equations, as relation to matrix models, and relation to quantum spectral curves and cohomological field theories. It also happens that partition functions of the corresponding theories admit explicit or hidden conformal transformation structures. These structures are often complimentary to structures of integrable theories and they manifest themselves in the topological recursion procedure allowing constructing higher genus terms from the spectral curve and a fixed set of data (commonly a set of one-differentials) on it.

We expect the following topics to be covered on the workshop; each of them will include a two-hour introductory lecture, a student discussion section and 2-3 research talks.

Givental theory is an advanced tool for studying Gromov--Witten invariants of target varieties and general cohomological field theories that allows, in particular, obtaining explicit relations between partition functions of different theories, reconstructing higher genera correlation functions from genus zero data, and establishing properties of semi-simple theories. The general relation between Gromov--Witten potentials associated to Frobenius structures associated with a semi-simple quantum cohomology, or the Gromov--Witten potential, is given by a definite canonical transformation of the direct product of $r$ Kontsevich--Witten tau-functions of the KdV hierarchy.

Quantum spectral curves have appeared naturally in the context of beta ensembles, which are generalisations of matrix models again admitting topological recursion procedures. In the community of theoretical physicists a boom in this field was initiated by the Alday--Gaiotto--Tachikawa conjecture establishing relations between Nekrasov--Shatashvili generating functions for instanton counting and beta-ensembles. Chekhov, Eynard, and Ribault explicitly demonstrated that conformal blocks of quantum Liouville theory can be nonperturbatively described in terms of quantum analogues of algebraic-geometric quantities, which we call quantum spectral curves. The topological recursion for these object lacks the locality property and it is tempting to understand its relations to structures appearing in other topics of the workshop.

Givental-type formulas had first appeared in the context of discretisation of moduli spaces. The corresponding generating function counts numbers of integer points inside moduli spaces and is equivalent to the Hermitian one-matrix model thus admitting the topological recursion. These correspondences were established in the case of two branching points ($r=2$). One of the goals of the workshop is to consider generalisations of these theories to  the case of higher $r$ and more general matrix-model theories and to discuss their relations to quantum spectral curves.

In the knot theory, the spectral curve is determined by A-polynomials. The corresponding asymptotic expansion gives coloured Jones polynomials. Here, again, there are two versions of quantisation: one understood as discretisation (in terms of possible numbers of polynomials) and the second one as an actual quantisation of A-polynomial spectral curve by Gukov and Su{\l}kowski, which relates it to algebras of geodesic functions on Riemann surfaces with holes in the Poincar\'e uniformization or to algebras of monodromies of certain Fuchsian systems and to generalisations of these algebras to those of twisted Yangians. 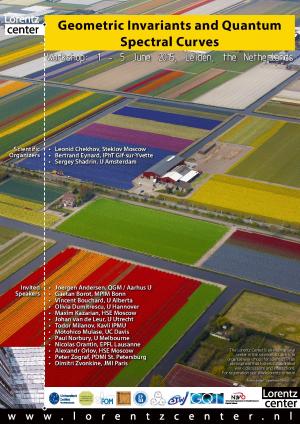 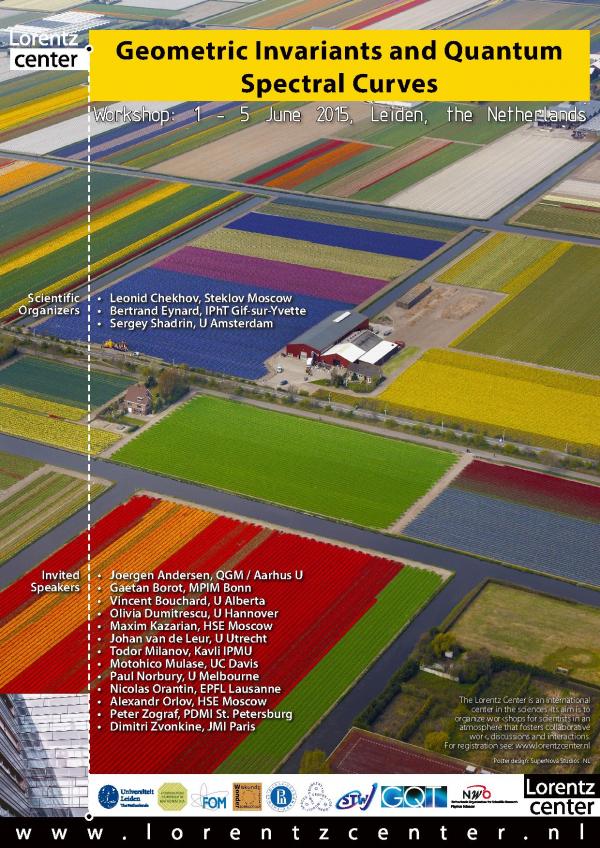