Since the celebrated essay of Malthus (1798), quantitative modeling of population dynamics has attracted much interest from both scientists and the general public. To a large extent, this interest is powered by the dangers of two extreme types of population behavior. One extreme is extinction of a species after maintaining a long-lived self-regulating population. The other extreme is a Malthusian catastrophe, when a society returns to a subsistence level of existence as a result of a too rapid population growth.

Theoretical studies of these and other examples of giant fluctuations in population dynamics and epidemiology have mostly proceeded at the interface between population biology and probability theory. Recently, non-equilibrium statistical physics, bringing with it a new arsenal of concepts, analytical methods and numerical techniques, has been successfully applied to problems of population and evolutionary dynamics. Examples are the impact of environmental noise on population extinction and population front propagation, non-equilibrium phase transitions in epidemics, stochastic population dynamics on networks, fluctuations and scaling laws in speciation and biological evolution, etc. A critical comparison of different perspectives on this class of problems is the focus of this workshop.

We propose to bring together leading experts and young promising researchers working on theory of large fluctuations in population and evolutionary dynamics. The workshop will discuss new results and emerging paradigms and foster new collaborations. 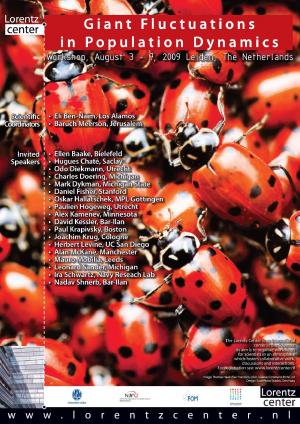 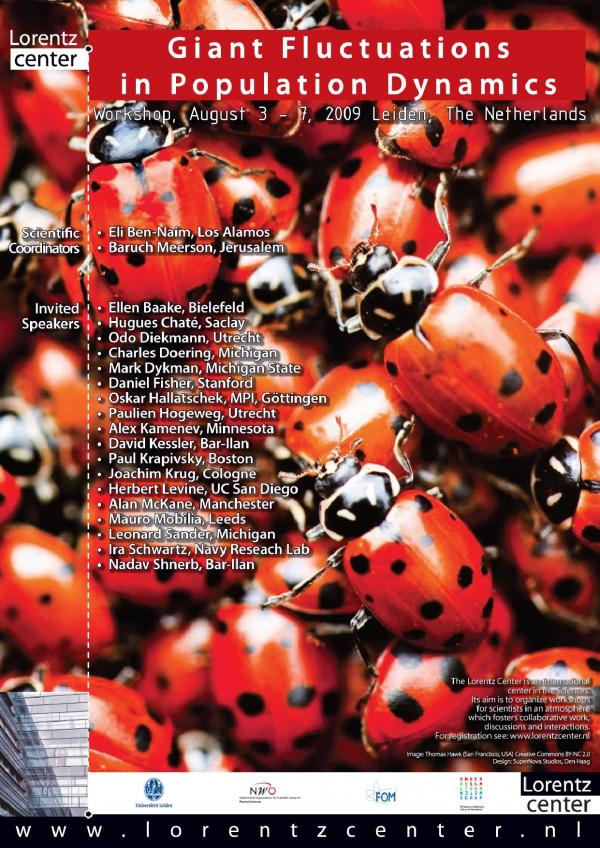