Human-machine interaction is increasingly important in domains where artificial systems are expected to take up tasks, take initiatives, make decisions, and coexist and collaborate with people. The arrival of robots in human society is inevitable. Recently, the South Korean government has predicted that by 2020, every Korean household will have a robot . There is a need to understand the consequences of the interaction (cooperation, competition, coordination) between people and robots or agents. Humanlike communications capabilities are necessary for systems to operate in everyday settings such as home, office, shopping, and museum environments. In these situations, machines should be able to transcend the role of mere tools and begin to collaborate with humans to accomplish complex tasks. Examples of such contexts are search-and-rescue domains, military operations, and space exploration. Unlike autonomous systems designed primarily to take humans out of the loop, the future lies in supporting people, agents, and robots working together in teams in close and continuous human-robot interaction.

Teamwork has become a widely accepted metaphor for describing the nature of multi-robot and multi-agent cooperation. The notion of teamwork involves some notion of communication, shared knowledge, goals, and activities that function as the glue that binds team members together. By virtue of a largely reusable explicit formal model of shared intentions, team members attempt to manage general responsibilities and commitments to each other in a coherent fashion that both enhances performance and facilitates recovery when unanticipated problems arise. For example, a common occurrence in joint action is when one team member fails and can no longer perform in its role. A general teamwork model might entail that each team member be notified under appropriate conditions of the failure, thus reducing the requirement for special-purpose exception handling mechanisms for each possible failure mode. The multi-agent systems community has been focusing on how distributed software agents can jointly perform tasks. For software agents and robots to participate in teamwork alongside people in carrying out complex real-world tasks, they must have some of the capabilities that enable natural and effective teamwork among groups of people. Just as important, developers of such systems need tools and methodologies to assure that such systems will work together reliably and safely, even when they are designed independently and operated with reduced human situational awareness.

The HART research field studies and develops theories, methods, and tools in support of humans, agents and robots working together in teams. The overall objective is to develop the theories underlying efficient and effective teamwork and the necessary methods, tools and technology for the development of agents and robots capable of such teamwork. This emerging field is inherently inter-disciplinary, thus the workshop brings together researchers from computer science, artificial intelligence, cognitive science, anthropology, social psychology, ergonomics, robotics, organizational psychology, and human technology interaction.

This workshop aims to create a roadmap of the relevant research questions and topics for the coming two, five and ten years. Without such a roadmap, the dedicated HART-researchers will focus on their individual disciplines and will fail to address the fundamental and inherently interdisciplinary questions of the field. For example, roboticists will understandably focus on engineering the physical capabilities of the robot and will not address the social implications of human-robot interaction. At the same time, social scientists will not understand the limitations of robots due to engineering problems.  Young research from the contributing disciplines need such a roadmap to effectively start off their careers in this fascinating field. They will be the ones that will achieve the major breakthroughs that will allow humans, agent and robots to live and work together in a peaceful and productive society.

The roadmap will discuss how each discipline will contribute to the HART-field by formulating the research questions per discipline in cooperation with the relevant other disciplines. That way the relations between the disciplines will become clear, and research teams can be formulated for each research question in which it is clear which research discipline is in the lead, and which will contribute. The workshop highlights the importance of the technical and social issues underlying long-term human-machine interaction towards companion and assistive machines for long-term use in everyday life and work activities. 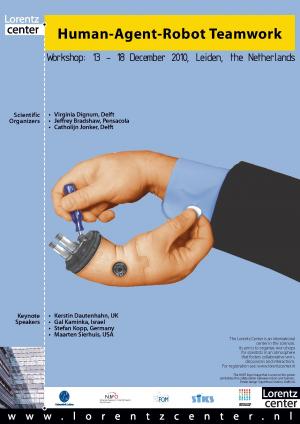 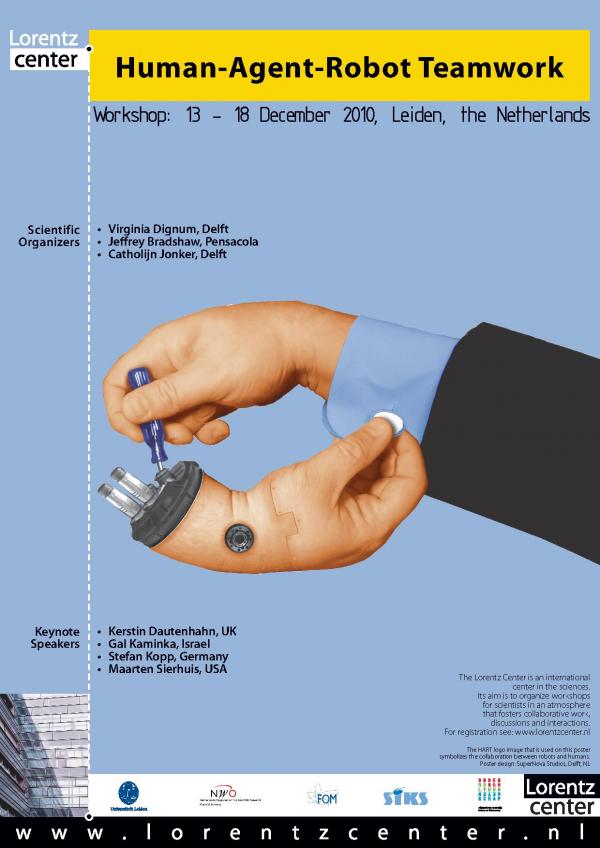