High-Mass Star Formation, From Large to Small Scales in the Era of Herschel & ALMA

Studies of high mass star forming regions have greatly benefitted from advancements in instrumentation over the last decade, and continue to push current and upcoming facilities in terms of resolving power and sensitivity.  Studying the formation of high mass stars provides a bridge between studies of lower mass star formation in our Galaxy, and star formation in external galaxies since it is the massive stars that are observable in external galaxies, and the existence of lower mass protostars is inferred from the presence of high mass ones.

With Herschel results from both individual studies and surveys beginning to be released, this is an important time to consider both the progress made in understanding high-mass star formation and the new questions which have arisen as a result of recent work. ALMA will play a key role in answering these, and with the facility due to reach it's full capabilities soon, now is a good time to coordinate the large scale goals of the community.

The aim of this workshop is to discuss the current challenges in high mass star formation, and to coordinate community-scale ALMA proposals to address them. The workshop schedule will therefore combine invited and contributed presentations with organized plenary and group discussions. Talks will cover the topics described below in the program

Participants will be asked to submit suggestions and/or ideas for community-scale ALMA proposals in advance of the workshop (a reminder will be sent in early January). It should be stressed that the intention of community based proposals is not to supersede or take away from PI-led proposals, but to build consensus of what kind of proposals can be made on scales too large for any one group. Indeed, time and office/meeting space will be available for small consortia to foster PI-led proposals as well. 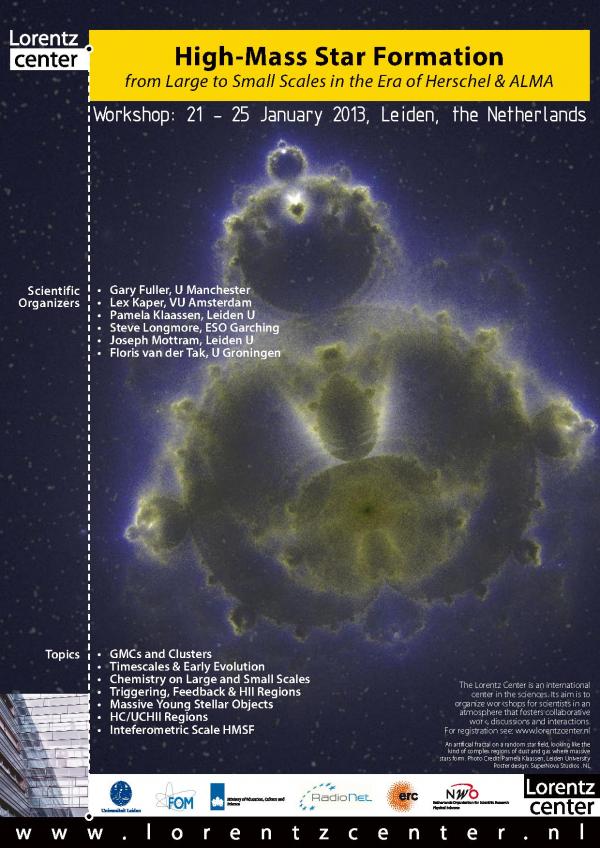