Together with Rijksmuseum Boerhaave, the Lorentz Center organizes the public lecture ‘Supernova’s: Ancient cosmic firework, from historical impact to their present day aftermath’ by Jacco Vink.

To many people the night sky seems immutable, changing only as the sky appears to rotate above us, with the planets  and the moon steadily wandering through the stars in fixed patterns. But we know now that the cosmos is far from the tranquil place it appears to be. Every now and then comets may be seen by the naked eye for a few weeks. But historically even more spectacular changes on the night sky have been visible on rare occasions (once every hundred years or even longer): the sudden appearance of a new, very bright star, which then slowly fades away. In ancient China these stars were called “guest stars” and in Renaissance Europe they were simply called “new star” or “stella nova”, or “nova" for short. It became only clear less than a century ago, by observing similar events in other galaxies, that among the “novae” some were much more powerful than others: supernovae. We now know that supernovae are the explosions of stars, either stars much more massive than the Sun, or very compact stars called white dwarfs.

In hindsight it became clear that the new stars of AD 1572 and AD 1604 were supernovae. Ancient historical records from China, Korea, Japan, and the arabic world have revealed that these  pectacular events were also observed well before Europe was at the dawn of the scientific  evolution. In particular, the events in AD 185, AD 1006, and AD 1054 have received a lot of attention. These events are associated with present-day objects in the sky, which we call “supernova remnants”, and they are objects of active research as they reveal the inner workings of the  upernova explosions, and they provide a lot of energy to the gas in the Milky Way. Some of this energy will be converted to highly energetic particles, which we observe on Earth as cosmic rays.

Is an associate professor, working in the field of high energy astrophysics. He works at the Anton Pannekoek Institute at the University of Amsterdam, is am a member of GRAPPA, a center of excellence on Astroparticle Physics, and is affiliated with SRON Netherlands Institute of Space Research. Rijksmuseum Boerhaave

Rijksmuseum Boerhaave is the Dutch National Museum for the History of Science and Medicine. Its aim is to improve the societal support base for science in the Netherlands. Rijksmuseum Boerhaave always seeks to connect its activities with current events.  (https://rijksmuseumboerhaave.nl/engels/).

The Lorentz Center is a Dutch workshop center, located at Leiden University. It organizes international scientific workshops in all disciplines, to promote innovative research at the scientific frontiers as well as on complex societal challenges. (www.lorentzcenter.nl) 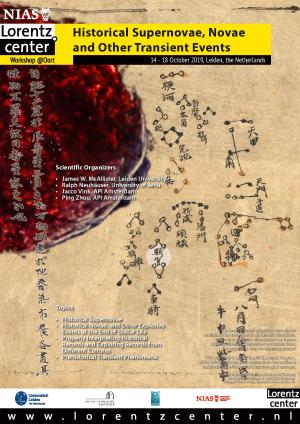 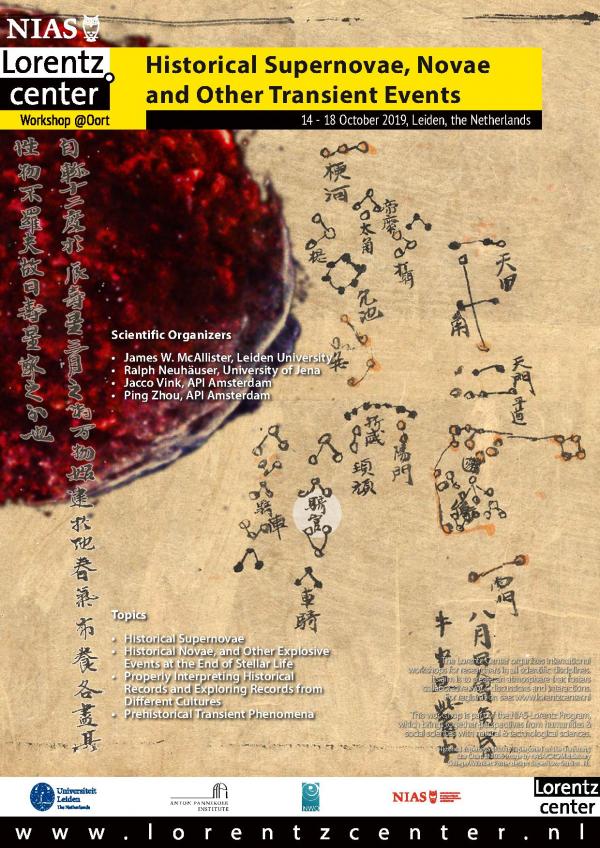