Recently a lot of attention has been devoted to non-equilibrium properties of strongly interacting systems, in both high energy physics (the quark-gluon plasma at RHIC and at the LHC experiments) and condensed matter physics (quantum quenches in cold atomic gases).

In the absence of established and robust first-principles methods to describe time-dependent configurations of strongly interacting media, an alternative approach based on the gauge-gravity duality emerged. In this new paradigm, certain strongly coupled media can be “holographically” described in terms of higher dimensional curved geometries involving black holes. The gauge-gravity duality is currently a unique tool for describing real-time dynamics at strong coupling in a way unrestricted by the dimensionality of the problem, as well as for studying strongly coupled fermionic systems at finite chemical potential.

Remarkable progress has been made in the last 10 years in understanding equilibrium and near-equilibrium properties of holographic strongly coupled systems, by studying properties of dual black hole solutions and small (in amplitude or wavenumber) deviations from them. Little is known, though, on the far-from-equilibrium regime relevant to the approach to local equilibrium. Holographic investigations of this regime may help understand the mechanism behind the fast thermalization of the quark-gluon plasma observed in heavy ion collisions. They are also relevant to studies of entropy production and various measures of departure from equilibrium in non-equilibrium systems, and can be useful to understand the physics of non-equilibrium condensates in condensed matter experiments, as well as fundamental aspects of black hole physics. Numerical methods are usually required to construct the highly time-dependent dual geometries describing black hole formation and equilibration.

Therefore, these investigations require ideas and tools from string theory (the gauge/gravity duality), numerical relativity, as well as many-body physics (QCD and condensed matter theory). Success will require collaboration between members of these communities, whose interactions in the past have been rather limited.

The proposed “Holographic Thermalization” workshop aims to facilitate and initiate such interactions by bringing together leading experts on applications of the gauge-gravity duality with a number of key players from the QCD, condensed matter theory and numerical relativity communities. 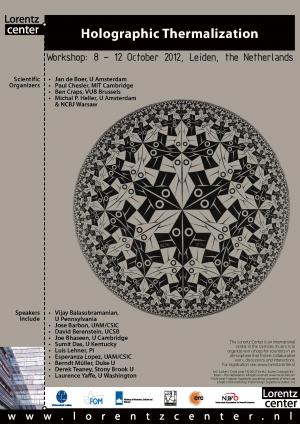 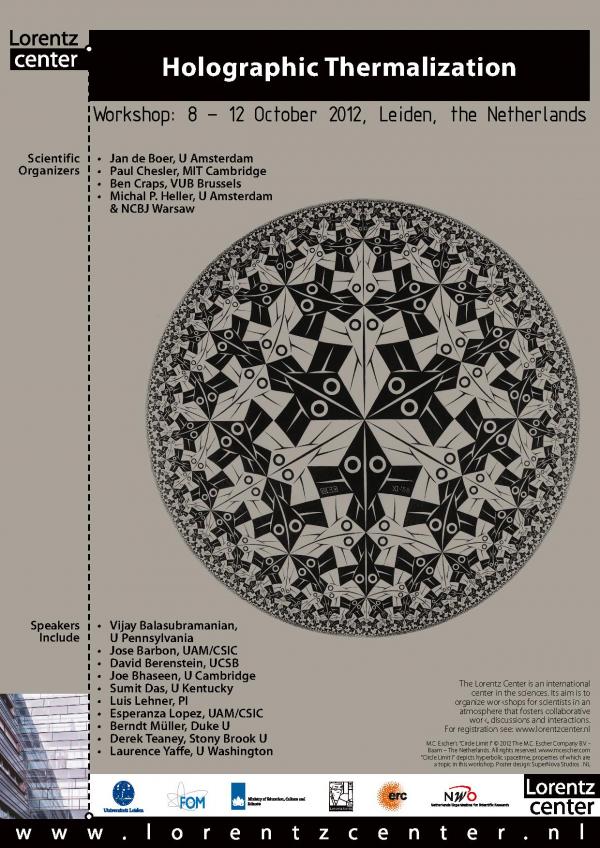