ICT with Industry 2013: from specific problems to innovative solutions

Following the success of Mathematics with Industry and Physics with Industry the Netherlands Organization for Scientific Research (NWO) and Technology Foundation STW organize for the first time the workshop ICT with Industry from 11 to 15 November 2013 at the Lorentz Center in Leiden.

The aim of this workshop is to provide a platform for networking between computer scientists and industrial partners. About  fifty computer scientists from a wide range of universities in the Netherlands will work together extensively on challenging problems proposed by the industry during a week. The workshop is expected to lead to a number of new papers and/or research initiatives and to establish new research collaborations between computer science and industry.

The industrial partners present their  urgent industrial problems and objectives on the first day. The following days the computer scientists start brainstorming, programming and solving the problems in different groups closely guided by the industrial representative and supported by senior researchers. On the last day, all groups present their findings and solutions with concrete next steps.

The scientific topics will be based on the proposed industrial problems which will be assessed on its scientific merit by a special committee. 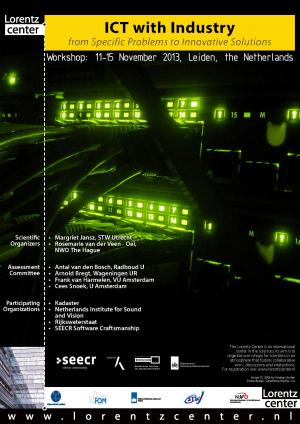 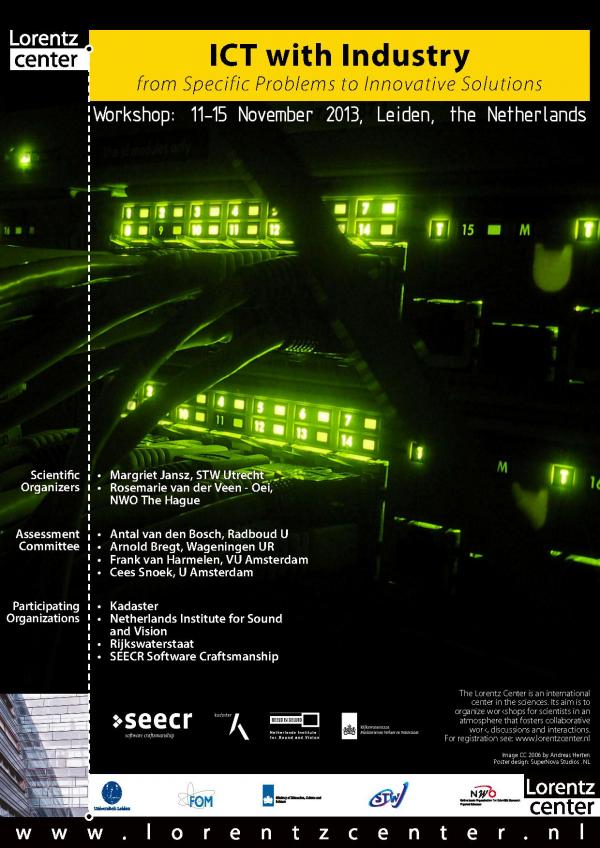