Interfaces provide tantalizing opportunities for the occurrence and/or stabilization of electronic states that do not occur in bulk materials. In semiconductors for example, the 2-dimensional electron(hole) gasses are famous examples, with the (fractional) quantum Hall effect as prominent features. And in combinations of cuprate perovskites, high-Tc superconducting interfaces have been created while the abutting crystals are not superconducting. Not only interfaces abutting two dissimilar materials are of interest in this respect, but also surfaces and internal interfaces such as grain boundaries.

The occurrence of new electronic interface states has become especially topical with the recent work done on complex oxides. It has been established for example that the interface between the band insulators LaAlO3 and SrTiO3 can become conducting, depending on its atomic arrangement. Under the right preparation conditions such interfaces can even be made superconducting or show magnetic effects. An important aspect in this is the formation of defect states, such as oxygen or cation vacancies, interdiffusion as well as the influence of epitaxial strain.

The main aim of this workshop is to share the latest knowledge on such ‘Inter-phases’. A specific, but certainly not exclusive, focus will be on interfaces in perovskite oxides and related compounds with strong ionic character. Electronic transport properties will be discussed, as well as microstructural and spectroscopic analyses and theoretical studies on such interface states. A bridge will be made to interfaces in other materials systems, such as the semiconductor 2-DE(H)Gs.

Various different types of presentations are planned; (a) overview talks with a review character, (b) talks in which specifically the presentation of unpublished work is called for, (c) poster presentations, (d) tutorial talks on specific topics, and (e) panel discussions lead by a moderator. 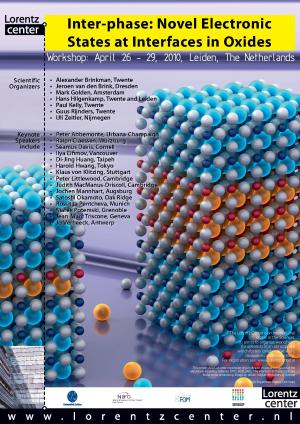 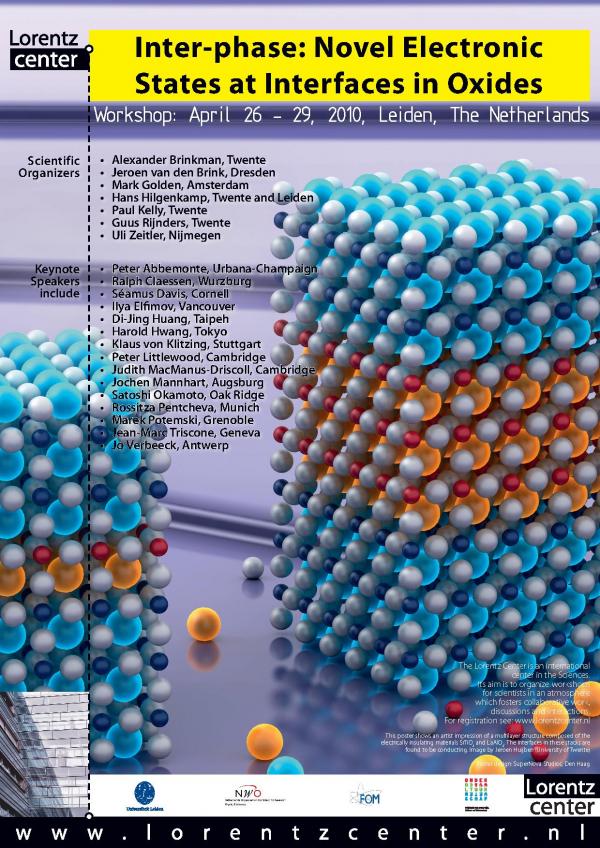