Internationally, there are three rapidly developing pulsar timing networks (called pulsar timing arrays): one is the Parkes Pulsar Timing Array organized in Australia around the Parkes radio telescope; another is the NANOGrav collaboration in North America which is using the Arecibo and Green Bank radio telescopes; and a third one is the European Pulsar Timing Array which uses five major radio telescopes located on the Continent and England. The purpose of the two-week workshop is two-fold: a. to promote critical interaction between the networks and with the wider gravitational wave community, and b. to introduce the new generation of young researchers into this new, rapidly developing field. Thus during the first week (the "school"), experts in the field will share their knowledge and organize hands-on exercises to explore the ideas being presented. During the second week, the active workers in the field will help advance the frontiers of our understanding through their fresh perspectives on critical problems, and design strategies for further progress and collaboration. 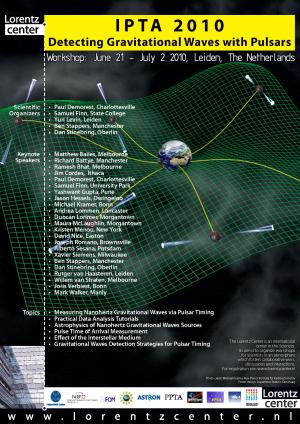 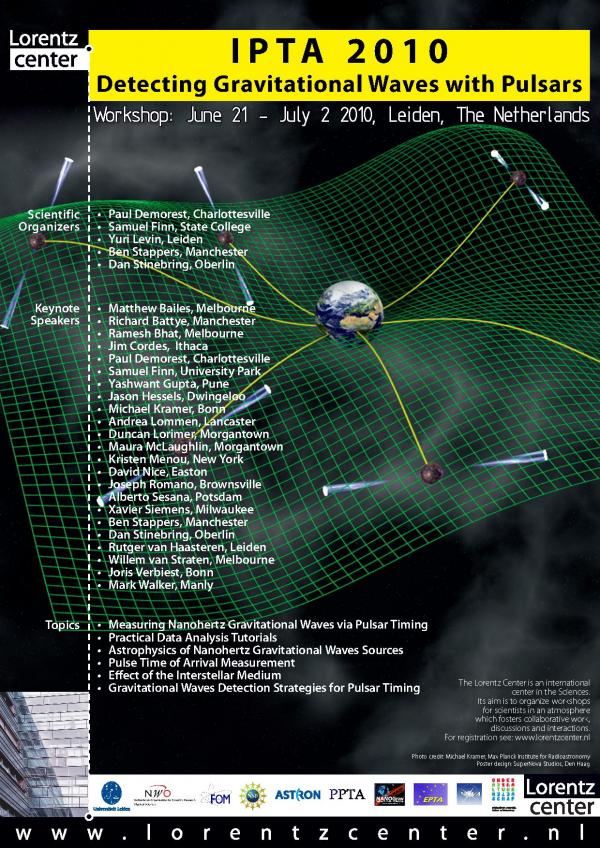