KAM Theory and its applications

Kolmogorov-Arnold-Moser Theory is a major part of Dynamical Systems Theory, dealing with the typical occurrence of quasi-periodicity in dynamical systems. Originally this research comes from celestial mechanics and is concerned with problems like the stability of the Solar System. From the beginning it was clear that the scope is more general, also involving the Ergodicity Hypothesis in Statistical Mechanics and many other things. The interest will be with invariant tori of all the possible dimensions, carrying quasi-periodic motions, in Hamiltonian systems (the mainstream of KAM Theory) as well as in volume-preserving, reversible, and dissipative systems, where external parameters are usually needed to make quasi-periodic dynamics occurring in a robust way. In the dissipative setting one typically meets ‘families of quasi-periodic attractors', that can figure as a transient stage to chaos. Of increasing importance is quasi-periodicity in infinite dimensional systems like partial differential equations. In all cases transitions (or bifurcations) between qualitatively different kinds of dynamics are of great interest. The aims of the workshop are: i) to bring together a large number of international experts in this broad field, both pure and applied, and to promote collaboration between the various subfields ii) in particular we also like to stimulate young researchers to participate by offering them opportunity to present a poster. iii) to publish a number of valuable papers by participants of the workshop in a special volume of the journal "Discrete and Continuous Dynamical Systems - Series S"
Read more... 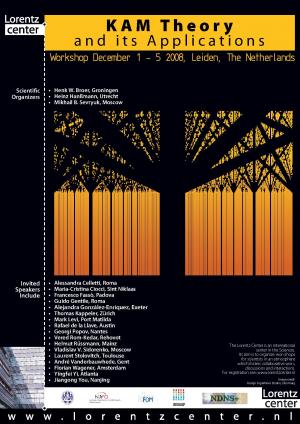 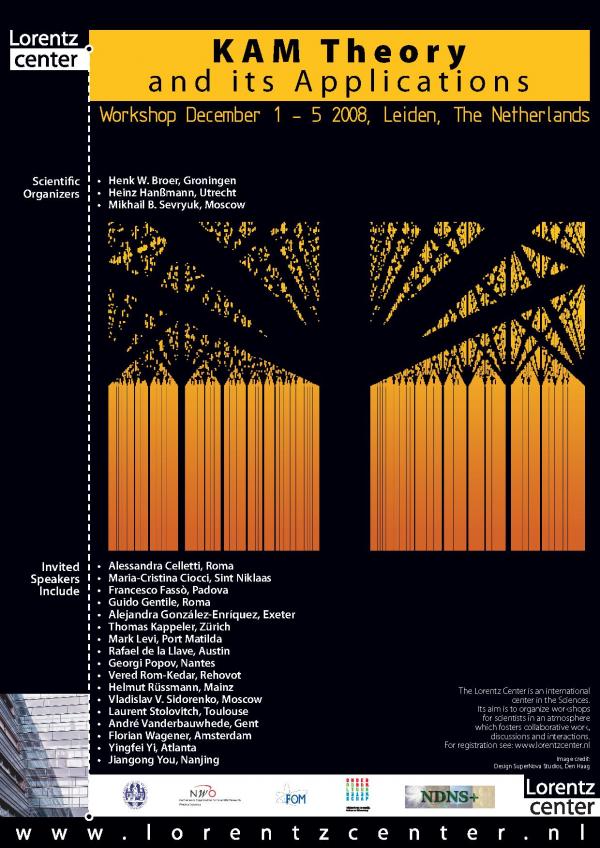