Integrated development environments (IDE) increase the productivity of programmers by supporting them in the interactive construction and maintenance of programs. For example, syntax highlighting distinguishes different categories of words in a program, and helps in signposting and visualizing the structure of programs; inline error markers indicate syntactic and semantic problems where they occur instead of in a separate error list; code completion supports discovery of available functionality; and hyperlinking of identifiers allows navigation along definition chains across compilation units.

Traditionally, development environments are post-hoc artifacts, retrofitting interaction design to existing languages. For example, due to its dynamic nature it is hard to provide reliable program understanding services for JavaScript programs.

The goal of this workshop is to lay the foundations for a discipline of language interaction design by bringing together a select group of leading researchers from the fields of programming languages, domain-specific languages (DSLs), model-driven development (MDD) and human-computer interaction (HCI). The workshop will be considered a success if it produces a joint understanding of language interaction design through the formulation of a taxonomy and a research agenda based on a series of case studies. 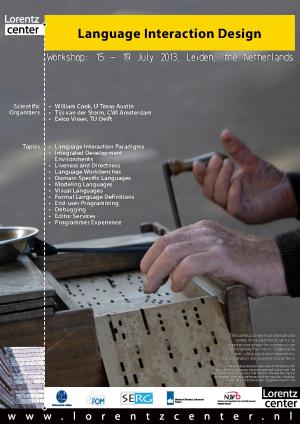 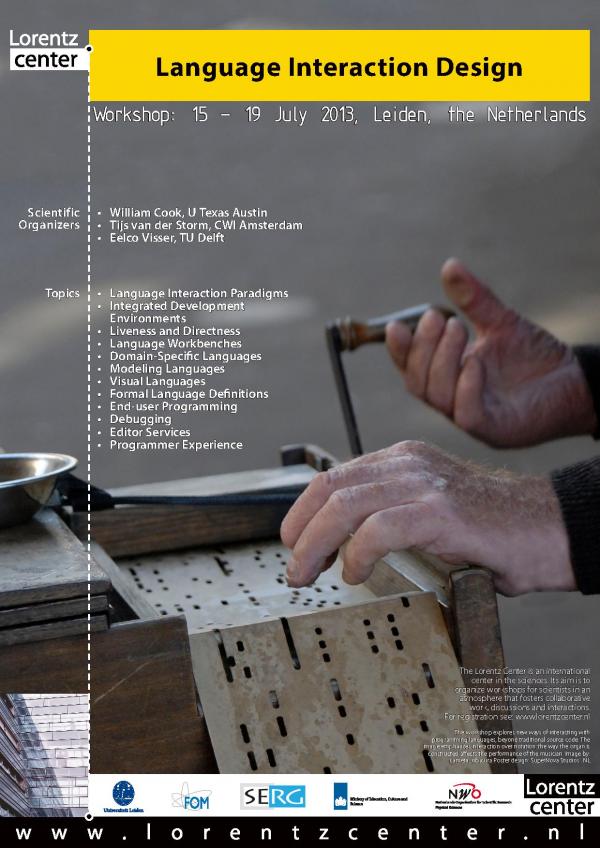