There is growing evidence that while extreme events in complex systems found in fields as diverse as geo-space, solar, and astrophysical plasma; laboratory (fusion) plasma; financial markets; material sciences; evolution ecology; among other examples, develop universally and jointly with other events, their driving mechanisms seem to involve ingredients that in some cases may act so as to introduce important deviations from a power law. It is these deviations that need to be better understood, and there have been recent attempts to understand these deviations in a unified context.

Though interactions among physicists from different domains and economists have been growing during the last decades in the domain of extreme risk modelling, efforts to establish a new “research field” community that builds on a trans- and inter-disciplinary approach is still in its infancy. To further pursue this initiative and pave the way forward the MEEG workshop will bring together an international group of researchers from many different disciplines ranging from space plasma physics, astrophysics, geo-physics, climatology and meteorology, finance and economics, material sciences, laboratory (fusion) plasma physics, to biophysics and evolution ecology.

Built on lectures and discussions (plenary, sub-group, and poster) the workshop aims to:

Advance the understanding of the mechanisms driving the occurrence of power laws by exploring the available theoretical models and methods, including self-organized criticality, percolation, and non-equilibrium phase transitions. Gain insight into the physics of extreme events beyond the observed power laws and other signatures of apparent scale-free behaviour. Review the state of the art in statistics and machine learning in outliers and extreme events detection and identification, as well as inventing new methods in particular for finite data sets, and in the presence of non-stationarity.

During the workshop differences and similarities between the various phenomena will be identified, specifically in regard to the statistical probability of extreme events occurring and the energy released by them. The analogies of many dynamic phenomena suggest that such an approach could indeed be the next step forward in regard to understanding the generating mechanisms of extreme events and their relationship with the rest of the statistics including the corresponding power law sub-ranges. 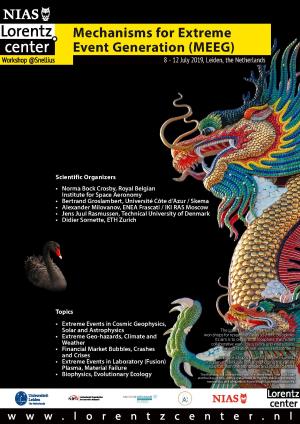 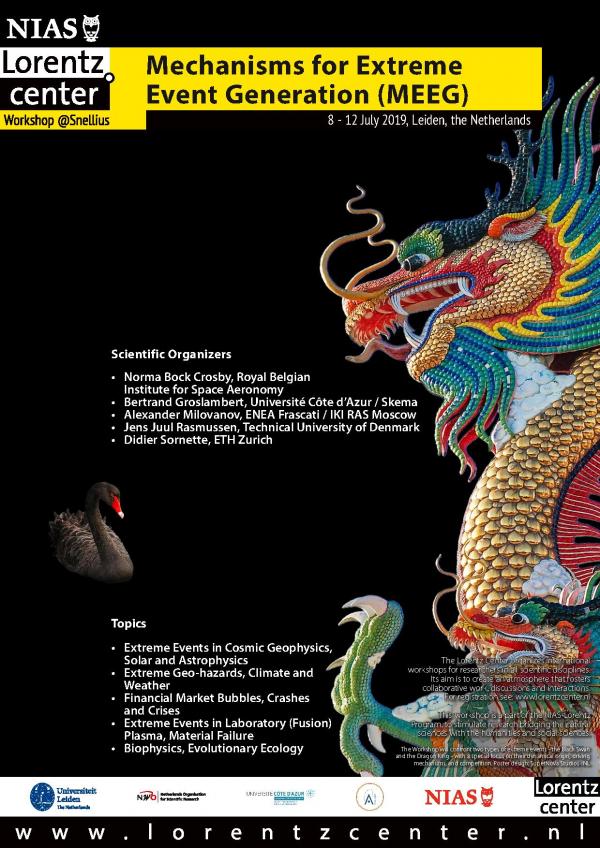